Uganda's ruling National Resistance Movement party backed President Yoweri Museveni, in power since 1986, as its candidate on Sunday for next year's presidential election. 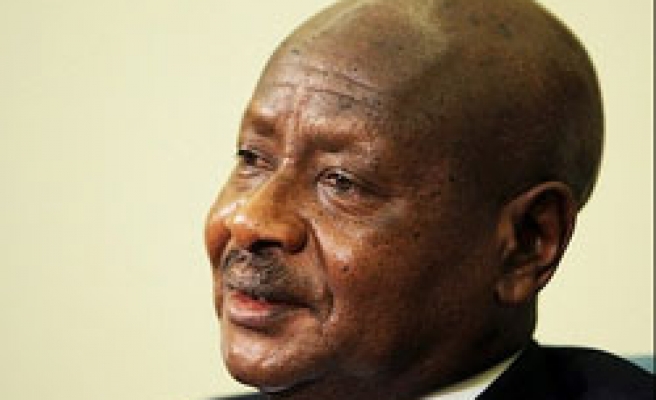 Already one of Africa's longest serving leaders, Museveni was elected unopposed in front of more than 15,000 party members to face off against retired Colonel Kizza Besigye, already nominated by a coalition of opposition parties.

"His excellency President Yoweri Museveni has passed unopposed as party chairman and our flagbearer for the 2011 presidential elections and so he remains our chairman and our candidate," said Felicitus Magomu, chairperson of the NRM electoral commission.

Museveni rose to power in 1986 when his National Resistance Army (NRA) insurgents seized power from a short-lived military junta.

He embraced a no-party model of democracy meant to eliminate the sectarianism that plagued post-colonial Ugandan politics, while foreign donors praised his prudent and liberal economic management.