A joint US-Russian war offensive building up in Libya, the first such collaboration in many decades, may be seen as an extension of their expanding military partnership in Syria 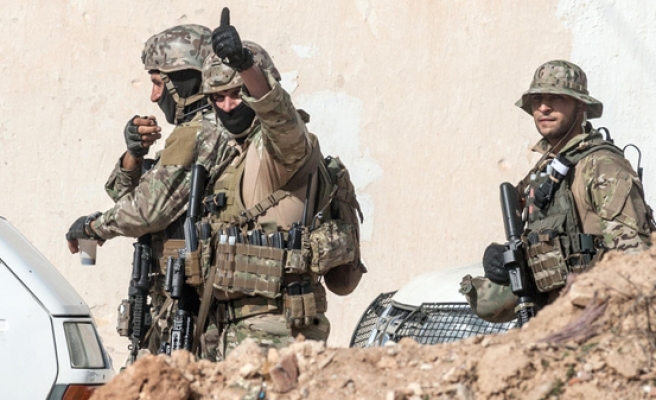 President Barack Obama resolved earlier this month to open a third anti-terror front in Libya to eradicate the Islamic Front’s tightening grip on the country.  Standing by after preparing the ground were some 1,000 British SAS troops.

The first step in this campaign took place over the weekend with dozens of British, Russia and American troops arrived in Libya in support for the internationally-recognized government in Tobruk according to London-based daily Asharq al-Awsat.

The daily also said French troops are expected to arrive soon for the same purpose.

The landing area is located some 144 kilometers from Darnah, the main bastion of extremist Libyan groups linked to Al Qaeda or ISIL, of which the ultra-violent Ansar al Sharia is the most powerful.

The officers and soldiers are currently stationed in Jamal Abdulnasir military base south of Tobruk where the parliament is holding its sessions in the city.

Witnesses in the base, meanwhile, said the number of foreign troops mounts to 500 troops in the past three weeks, but a security official, who spoke under the condition of anonymity, said they are just dozens.

However, a small group of Americans have arrived west of Tripoli, where the opposing government is.

While collaborating with Russia in the Syrian arena, and with the Iranians and the Iraqi army and Sunnis in Iraq, Obama surprised his close aides when he made the decision to lead the Libya campaign again in conjunction with Russia, as well as with concerned Western Europe allies.

Preparations for the campaign were assigned to two special operational commands set up at the Pentagon and at the US Central Command, CENTCOM, in Tampa, Florida.