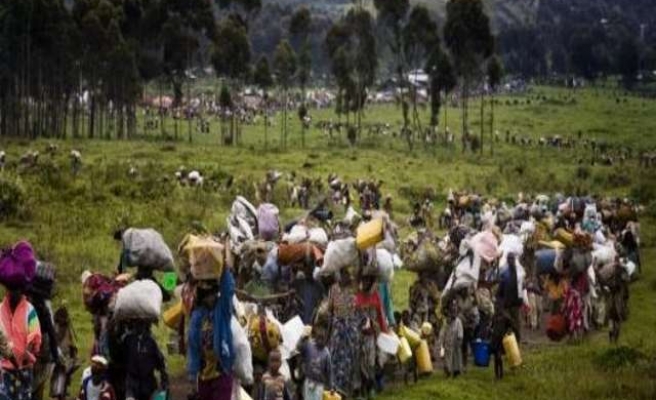 Faced with a dearth of United Nations peacekeepers, lack of funding and competition from other global crises, relief agencies are struggling to contain a growing humanitarian disaster in Democratic Republic of Congo's mining heartland.

More than a decade after the official end of a 1998-2003 war that killed millions of people in Congo, mostly from hunger and disease, donors are keen to switch from emergency aid to longer-term development projects in the vast central African country.

But the deteriorating situation in the copper and cobalt-rich southeastern province of Katanga, which the U.N. refugee agency (UNHCR) labelled "catastrophic" last month, throws into sharp relief the gaping humanitarian needs.

The number of displaced people in Katanga has leapt to nearly 600,000, from 55,000 three years ago, mostly due to violence by armed groups, including the secessionist movement Bakata Katanga.

The crisis has taken Congo's humanitarian community by surprise after a decade spent focusing on the eastern border provinces of North and South Kivu, a volatile patchwork of rebel and militia fiefdoms that never fully emerged from the war.

"Suddenly, we turn to a zone where there is a major crisis in the process of developing but where there are not enough humanitarian actors," Moustapha Soumaré, the U.N.'s humanitarian coordinator in Congo, told Reuters.

One major obstacle is the lack of basic security. The U.N. refugee agency (UNHCR) has urged Congo's U.N. peacekeeping mission (MONUSCO) to increase its presence in Katanga. Of 21,000 U.N. soldiers in Congo, only around 450 are deployed in Katanga.

After a decade and a half of operations, the U.N. mission aims to start scaling down its force in Congo next year, despite the persistent violence in the country's east.

"We have been requesting frantically for more troops but so far it has been very difficult," said Alessandra Trabatoni, MONUSCO's chief of office in the northern Katangan town of Kalemie. "There is no real appetite for sending more troops."

The violence, mainly clustered in a so-called "Triangle of Death" between the towns of Manono, Mitwaba and Pweto, has so far left the province's vast industrial mining operations farther south almost entirely unaffected.

But the constant stream of displaced people has strained humanitarian resources beyond the breaking point. According to the United Nations, of the 48,000 people requiring aid who sought refuge in the Tanganyika district in northeast Katanga in July and August, only 26 percent have received any.

The situation in Katanga is emblematic of challenges facing relief efforts in Congo, almost entirely funded by foreign donors. As of end-October, only 25 percent of the $197 million requested by UNHCR for its 2014 operations in Congo had been funded, slightly less than in previous years.

UNHCR spokeswoman Celine Schmitt blamed "Congo fatigue" for much of the deficit, particularly with costly crises like Syria and Central African Republic consuming so many resources.

"If we're doing the same work 20 years on, it's no longer acceptable for anyone, even if the necessity requires it," he said.

With presidential elections expected in 2016, some fear the crisis in Katanga, which has a long history of secession attempts and strained relations with the central government in the capital Kinshasa, will only get worse.

Local politicians and businessmen are strongly suspected of backing Bakata Katanga, the largest and most daring of the province's armed movements.