The UN Security Council has adopted a resolution to deploy a UN police presence to Burundi. 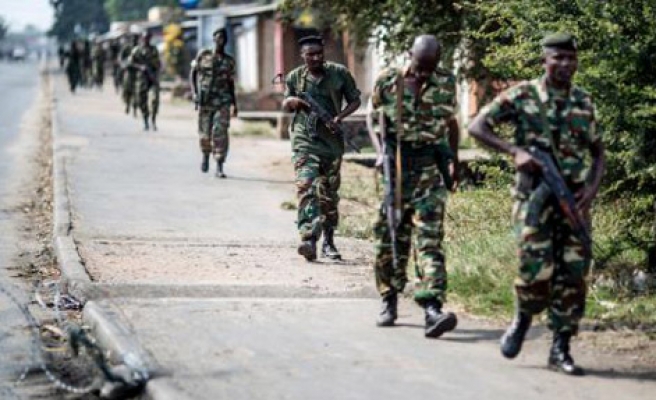 The UN Security Council on Friday unanimously backed a resolution that lays the groundwork for deploying a UN police presence in Burundi to help quell nearly a year of violence.

Drafted by France, the resolution tasks UN Secretary-General Ban Ki-moon with drawing up within 15 days a list of options for the proposed police force, in consultation with the Burundian government and the African Union.

The council is under pressure to take action in Burundi where the descent into violence has raised fears of mass atrocities, similar to those that convulsed neighboring Rwanda in 1994.

"This resolution is a first step towards a strengthened UN presence in Burundi to help ensure the respect for human rights and alert the international community on the reality of the situation on the ground," French Ambassador Francois Delattre said.

The vote capped days of tough negotiations between France and the United States over the wording of the resolution, the second measure adopted by the council over the Burundi crisis.

The resolution provides for the "deployment of a United Nations police contribution to increase the United Nations capacity to monitor the security situation, promote the respect of human rights and advance rule of law" in Burundi.

The text does not specify the size of the proposed police force but Burundi's UN Ambassador Albert Shingiro said he expected between 20 and 30 police to be deployed as unarmed "experts and observers."

"For the government, it is very important to have an international presence in Bujumbura in order to work in transparency," Shingiro told reporters ahead of the vote.

Under an agreement with the African Union, some 200 human rights observers and military monitors are to be deployed in Burundi, but fewer than 50 have in fact arrived, US Deputy Ambassador David Pressman told the council.

Burundi has been in turmoil since President Pierre Nkurunziza announced plans in April to run for a third term, which he went on to win.

Violence has left more than 400 dead and driven more than 250,000 people across the border.

After France pushed for a quick vote on the resolution, the United States complained that the text was being rushed through and raised objections to some of the language.

The final revised text dropped a reference to UN support for "disarmament" in Burundi -- a term that the United States saw as a potential source of problems after the Burundian government launched a crackdown to disarm opposition activists.

At a council meeting last week, UN High Commissioner for Human Rights Zeid Ra'ad Al Hussein said reports of torture were on the rise since the beginning of the year and that Burundians "live in terror."

A recent visit by UN rights officials to detention centers in the capital Bujumbura found that almost half of detainees had been tortured or ill-treated, some seriously, he said.

The resolution calls for beefing up the UN team of envoy Jamal Benomar, but the mandate of the enhanced political mission was not spelled out.