UN chief will hold talks with leaders of the Polisario Front, who are campaigning for Western Sahara's independence from Morocco 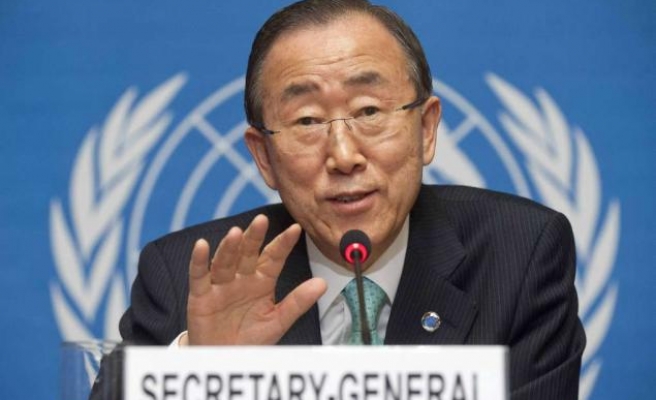 UN Secretary-General Ban Ki-moon will visit North Africa next week to draw attention to Western Sahara's 40-year-old unresolved conflict, but will not be stopping in Morocco, UN officials said Friday.

Ban, who steps down at the end of the year, had hoped to travel to the main city of Laayoune in Western Sahara and visit Rabat to try to advance deadlocked peace efforts.

"The secretary-general will not be going to Rabat. The king will not be there," said UN spokesman Stephane Dujarric.

"Obviously, the secretary-general would be delighted to go to Rabat at any time."

After visiting Burkina-Faso and Mauritania on March 3 and 4, Ban will travel to western Algeria on March 5 to tour camps in Tindouf that have been housing tens of thousands of refugees from Western Sahara for decades.

There, he will also hold talks with leaders of the Polisario Front, who are campaigning for Western Sahara's independence from Morocco, and visit a nearby office of the MINURSO peaceekeeping mission, but not its headquarters in Laayoune.

"It is of course the secretary-general's right to visit any peacekeeping mission, but the de facto authorities in that area would need to provide the clearance for the plane to land," he said.

Ban's predecessor Kofi Annan in 1998 visited Rabat and Laayoune, as did Boutros Boutros-Ghali before him in 1994.

Ban will wind up his trip with talks in Algiers on March 6 and 7 for talks with government leaders.

The United Nations has been trying to broker a settlement for Western Sahara since 1991 after a ceasefire was reached to end a war that broke out when Morocco sent its forces to the former Spanish territory in 1975.

Local Sahrawi people are campaigning for the right to self-determination, but Morocco considers the territory as a part of the kingdom and insists that its sovereignty cannot be challenged.

The African Union, which recognizes the Sahrawi Arab Republic as a member, views the dispute as an example of unfinished decolonization on the continent.

The conflict over Western Sahara has been among the most sensitive issues on the UN agenda, with Rabat, backed by France, fiercely rejecting any challenge to its hold on the mineral-rich territory.

The visit comes ahead of discussions at the UN Security Council on renewing MINURSO's mandate in April.

In an appeal released in November, Ban said the situation in Western Sahara was "becoming increasingly alarming" and called for the launch of "true negotiations in the coming months."