A day after the Burundi that he has refused AU troops, the UN council has met with AU leaders to discuss the crisis. 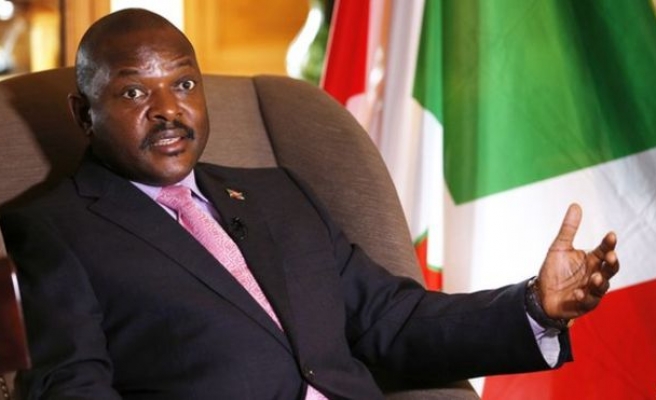 UN Security Council ambassadors and African Union leaders met Saturday for crisis talks on Burundi, after the government refused a proposed AU force to stem violence in the troubled country.

The meeting, in the AU headquarters in Ethiopia, comes a day after the UN envoys met with President Pierre Nkurunziza in Burundi, where they appealed for him to take urgent action to stop the violence sparked by his re-election.

UN council envoys have pushed for the government to hold talks with the opposition and agree to the presence of international troops -- such as a proposed 5,000-strong African Union force -- to restore stability.

AU Peace and Security Council chief Smail Chergui said Saturday it was crucial the international community "remain united on Burundi", which has been gripped by violence since April.

Chergui said there was a "strong convergence of views" between AU and UN envoys on the "urgent need for inclusive political dialogue" to resolve the crisis.

Street protests, a failed coup and now a simmering rebellion began when Nkurunziza announced his intention to run for a controversial third term, which he went on to win in July elections.

United States Ambassador Samantha Power, speaking after meeting Nkurunziza late on Friday, said the envoys "didn't achieve as much, frankly, as I think we would have liked".

"There is a 'cri de coeur' from many, many people in Burundi for outside help and for urgent, urgent mediation to get a solution," Power added.

More than 400 people have died since then and at least 230,000 have fled the country, but Burundi's government insists there is no need for foreign troops and has branded AU peacekeepers an "invasion force".

Nkurunziza took a hard line during the meeting at his hilltop residence in Gitega, some two hours outside of Bujumbura, where he rejected calls for inclusive dialogue, renewed mediation efforts and an international intervention force.

"I can guarantee that there will not be a genocide in Burundi," Nkurunziza said, adding that Burundi is "99 percent secure".

Nkurunziza's refusal to compromise has raised the prospect of tougher measures ahead to stop almost nightly outbreaks of violence.