Environmental degradation causes nearly one in four of all deaths worldwide, or 12.6 million people a year, says UN 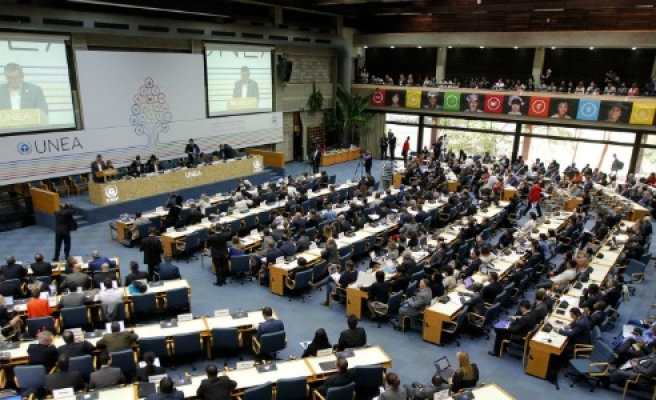 More than 4,000 delegates from across the globe gathered in Nairobi, Kenya on Monday for the third session of the United Nations Environment Assembly (UNEA-3), which aims to tackle critical issues affecting the environment.

The delegates, including ministers and heads of state, debated issues such as air and water pollution, which kill millions annually. They will also discuss leadership in environmental matters, funding options and new policies.

“Our collective goal must be to embrace ways to reduce pollution drastically with the help of the ministers, especially of the environment. We will be able to achieve our collective goal to embrace ways to reduce pollution drastically, to break paradigms and work within the framework of the new development paradigms as outlined in the 2030 agenda in order to improve the well-being and health of our people and our planet,” UNEA-3 President Edgar Gutierrez, who is also Costa Rica’s minister of environment and energy, said during the opening conference.

“We need to build a stronger partnership with civil society, listen to their experiences. The vital assembly beginning here today can change lives and preserve our planet.”

The UN says environmental degradation causes nearly one in four of all deaths worldwide, or 12.6 million people a year, as well as the widespread destruction of key ecosystems.

In a statement released Monday by the UN, it noted that over a dozen resolutions are on the table at the assembly, including new approaches to tackle air pollution, which is the single biggest environmental killer, claiming 6.5 million lives each year. Over 80 percent of cities do not meet UN health standards on air quality.

Lead in paints will also be discussed extensively at the conference. The UN says over 600,000 children suffer brain damage annually after coming in contact with lead in paints which contaminates water and soil.

“Given the grim statistics on how we are poisoning ourselves and our planet, bold decisions from the UN Environment Assembly are critical. That is as true for threats like pollution as it is for climate change and the many other environmental threats we face,” said Erik Solheim, executive director of the UN Environment Program in Nairobi, who also spoke at the opening conference.