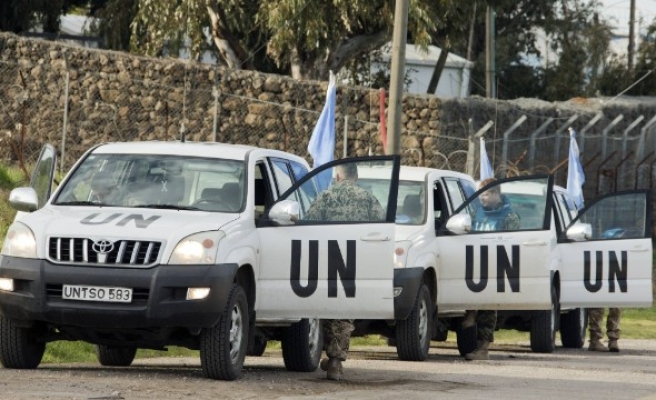 The United Nations has established a "weapons-free zone" in a town in Central African Republic to protect civilians from armed groups involved in inter-religious clashes that killed more than 10 people last month, the head of peacekeeping operations said.

Thousands of Central Africans have died and more than 800,000 remain displaced following two years of violence that erupted after mainly Muslim Seleka rebels seized power in the majority Christian country in 2013.

Fighting in the town of Bambari, a Seleka stronghold, began when members of the mainly Christian "anti-balaka" militias, which have emerged in response to Seleka abuses, beheaded a Muslim youth.

"(The U.N.) took the decision to set up a weapons-free zone in Bambari to ensure the physical security and free circulation of the civilian population as well as access for humanitarian workers," Herve Ladsous said during a visit to the country.

Peacekeepers from the country's U.N. mission MINUSCA had begun enforcing the measure, a response to calls from civilians for protection against armed groups, at 5 p.m on Tuesday.

Around 3,000 people fleeing the violence last month have sought protection inside MINUSCA's base in Bambari, according to the national refugee commission.

The U.N.'s High Commissioner for Human Rights Zeid Ra'ad Al Hussein last week lamented the failure to prosecute those responsible for the worst crimes and said rebel and militia leaders should be arrested regardless of their position.

Voters are due to go to the polls on Oct. 18 to choose a new president and parliament that will replace the current caretaker authorities, whose mandate runs out at the end of the year, and restore democratic rule.

However, preparations for the elections, including voter registration, have been delayed. The head of the country's interim parliament said earlier this month that it was likely the polls, which have already been postponed several times, will be pushed back again.