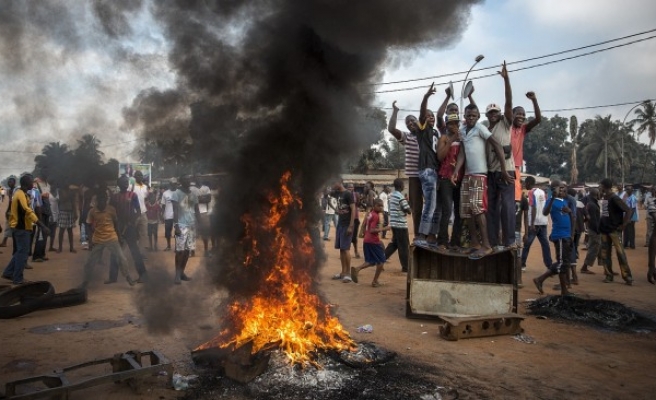 A UN expert on the Central African Republic warned Wednesday that the country could descend into "civil war" if the latest upsurge in violence there is not brought under control.

"I fear that if this violence is not rapidly contained, targeted attacks based on ethnicity and religion inevitably risk increasing and leading to a real civil war," Marie-Therese Keita Bocoum told the UN Human Rights Council in Geneva.

"Disarming armed groups must be an absolute priority" ahead of presidential and general elections due by the end of the year, said Bocoum, the United Nations' independent expert on the former French colony.

She called on the government to "present a realistic and concrete plan" for disarmament and for reforming the security services.

The murder of a Muslim motor-taxi driver in Bangui on Saturday sparked a wave of sectarian violence, leaving nearly 40 people dead and prompting almost 30,000 people to flee their homes.

The country since has remained prone to violence between the mostly Muslim Seleka fighters and Christian militias known as the "anti-balaka", or anti-machete.

Bangui's ambassador to the United Nations in Geneva, Leopold Ismael, also addressing the Human Rights Council, called on the international community to "take concrete action", charging that it showed an apparent "willingness to keep CAR in the abyss".

"The international community should rise to the occasion," he said.

Those behind the violence "are known and are not hiding," he said, urging French soldiers and UN peacekeepers already in the country to "oppose and stop these repeated outbursts of violence and killings."