Pillay, who met Kiir in Juba and Machar at his base in the bush in Upper Nile state during her visit, said the two attacks "have starkly underlined how close South Sudan is to calamity". 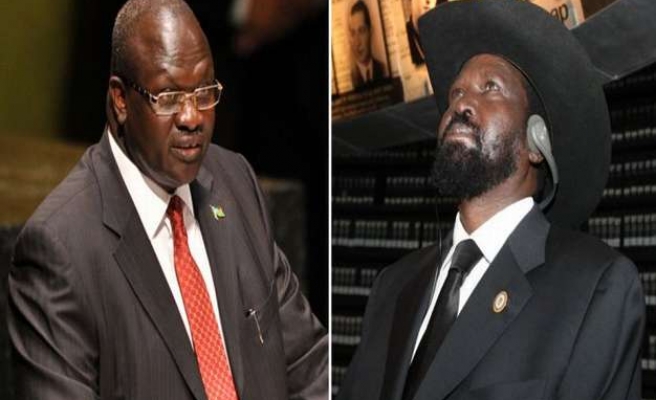 The visit by U.N. High Commissioner for Human Rights Navi Pillay was prompted by a rebel attack on the South Sudanese oil hub of Bentiu this month that left hundreds dead and a revenge assault by rivals on people sheltering in a U.N. base.

The U.N. Security Council has called for an investigation into the killings and is considering sanctions against both sides, one led by President Salva Kiir, an ethnic Dinka, and the other commanded by his sacked deputy, Riek Machar, a Nuer.

"The country's leaders, instead of seizing their chance to steer their impoverished and war-battered young nation to stability and greater prosperity, have instead embarked on a personal power struggle that has brought their people to the verge of catastrophe," Pillay told a news conference in Juba.

The United Nations has accused rebels loyal to Machar of hunting down and butchering civilians in Bentiu, a strategic prize at the heart of one of South Sudan's main oil producing areas. Rebels deny the charge.

Pillay said she had also been sent to investigate the killings days later in Bor, another flashpoint town during the more than four months of fighting, where residents in the predominantly Dinka area attacked a U.N. base where Nuers were sheltering. Dozens were killed.

Pillay, who met Kiir in Juba and Machar at his base in the bush in Upper Nile state during her visit, said the two attacks "have starkly underlined how close South Sudan is to calamity".

Many thousands have been killed in similar assaults, mostly involving rivals from the Dinka or Nuer killing their opponents. There has been little respite in the killings since fighting first erupted in mid-December, despite a January ceasefire.

A group of African and Western mediators met Machar last week to call for a face-to-face meeting with Kiir to halt the bloodshed and to demand a change of attitude to peace talks that have made no tangible change to fighting on the ground.

The mediators also warned Machar that both sides would be held to account for any rights abuses. Rights groups have said both parties may have carried out "war crimes", which could lead to prosecutions.

A new round of peace talks began in Addis Ababa on Monday.