The U.N.'s mission in Libya will call for a new round of talks to start between Libya's warring parties to try to end a conflict threatening to tear apart the oil producing nation. 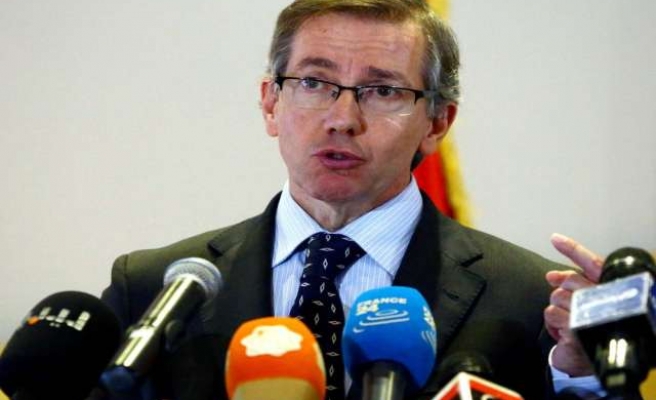 The African Union (AU)'s Peace and Security Council on Wednesday inaugurated an international contact group for Libya in a bid to better coordinate international efforts aimed at helping Libyans establish a durable peace in their country.

The contact group is composed of representatives from the United Nations, the AU, the Arab League, the European Union, and North African states.

Speaking at the launch ceremony, Special Representative for the UN Secretary-General in Libya Bernardino Leon announced that an all-inclusive national dialogue – dubbed Gadames-I – would be launched on December 9.

This, according to Leon, will be followed by a brief recess period to allow participants to consult with their respective constituencies.

"The dialogue will reconvene on December 15," he said at the launch ceremony.

"I have held consultations with representatives of Libyan society and there is a consensus that the situation in Libya is deteriorating," the UN envoy added.

The dialogue, he noted, would bring all stakeholders together with a view to helping "manage the remainder of the transitional period."

In his opening address, AU envoy to Libya Dileita Mohamed Dileita described the situation in Libya as "critical" – a place where "chaos" and "anarchy" have prevailed since an uprising in 2011.

Two main factors had contributed to the deteriorating situation in Libya, he said: disruption of the recently-elected parliament and the military actions of former army chief Khalifa Haftar against Islamist militias in Benghazi.

This, he said, had resulted in "weakened state authority" and had created further division among the country's political players.

"We consider it important for the UN to pursue reconciliation efforts," he said. "The present meeting will take stock of the situation in Libya to complete the transition process."

However, there remained "complicated challenges and multifaceted problems," he admitted, stressing the need for a national unity government to be formed as soon as possible to prevent further bloodshed.

The meeting, which is being presided over by AU Peace and Security Commissioner Ismail Chergui, is expected to review the current situation in Libya, exchange views on modalities for the functioning of the contact group and issue a communiqué.

Ever since, rival militias have locked horns, bringing violence to Libya's main cities, including capital Tripoli and the eastern city of Benghazi – while the Libyan government has appeared largely absent from the scene.

In a statement issued on the occasion, the House of Representatives asserted that it was the "sole legitimate representative of the Libyan people."

The legislature said a political solution was the "only option for achieving a breakthrough in the current Libyan crisis."

"The UN initiative is the only one that the House of Representatives now acts with to stop the bloodshed and restore stability and rule of law," the assembly said.

"The UN initiative should ensure the continuation of the democratic path, which has been chosen by the Libyan people – the only source of legitimacy – of their free will through the ballot box," it added.