Ethiopia hosts the largest South Sudanese refugee population in the region with 256,000 people, including nearly 194,000 new arrivals registered since 15 December 2013. 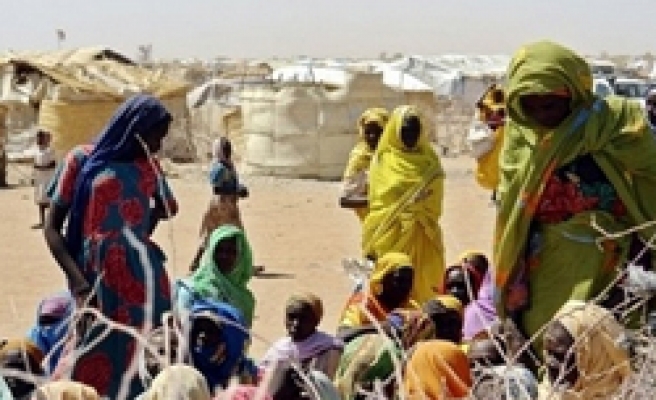 UN Assistant Secretary-General for Humanitarian Affairs and Deputy Emergency Relief Coordinator Kyung-wha Kang has hailed cooperation with the Ethiopian government, the Agency for Refugees and Returnees Affairs (ARRA) and the UNHCR in catering for the needs of South Sudanese refugees in the southwestern region of Gambella.

"[They] are doing as much as they can with what has been available in terms of resources to do as much as we can for the refugees, who are largely women and children," Kang, who is also Deputy Emergency Relief Coordinator, told a press briefing.

Kang visited Gambella over the weekend as part of her visit of Ethiopia to discuss "strategic priorities" for humanitarian assistance in Ethiopia and the region, including challenges faced in addressing the growing number of refugees in the country.

She also met with senior government representatives as well as operational partners, donors and counterparts in the African Union.

"Ethiopia is shouldering the largest outflow of the South Sudanese refugees since the outbreak of the conflict about a year ago to the tune of about 190,000 at this point and growing," she said.

"I think the dry season enables us to do more delivery, more access but it also means the likelihood of more fighting," she added.

Kang commended what she described as enormous generosity of the host community and the government of Ethiopia in keeping the open-door policies, not only to the refugees from South Sudan but also to refugees from other countries such as Eritrea.

"One of the outcomes of this visit is to bring more spotlight on South Sudan...[to draw] enhanced attention leading to more donor support,” she said.

The UN official went on to appeal for more assistance for the refugees.

"The humanitarian community there is doing marvelous work under very difficult circumstances, facing intimidation, assault, kidnapping almost on a daily basis to do the work that needs to be done," she said.

"There is a challenge of funding; that is everywhere we see where humanitarian emergencies are taking place there is not just enough funding coming,” she said.

A fact sheet circulated on the occasion showed that Ethiopia hosts the largest South Sudanese refugee population in the region with 256,000 people, including nearly 194,000 new arrivals registered since 15 December 2013.

The number of arrivals increased of late from 90 people per day to an average daily arrival rate of 100 people.

The sheet warns that without a political solution to the conflict and the threat of famine in South Sudan, the number of refugees is set to reach 300,000-350,000 by the end of the first quarter of 2015.

South Sudan, which became independent in 2011 after seceding from Sudan, descended into chaos and bloodshed late last year after President Salva Kiir accused his sacked vice-president, Riek Machar, of attempting a coup against him.

The two sides have come together for African Union-sponsored peace talks in Addis Ababa, but the talks had produced no results so far.