'The humanitarian situation here is terrible, one of the worst in the world,' says UN Assistant Secretary-General Toby Lanzer 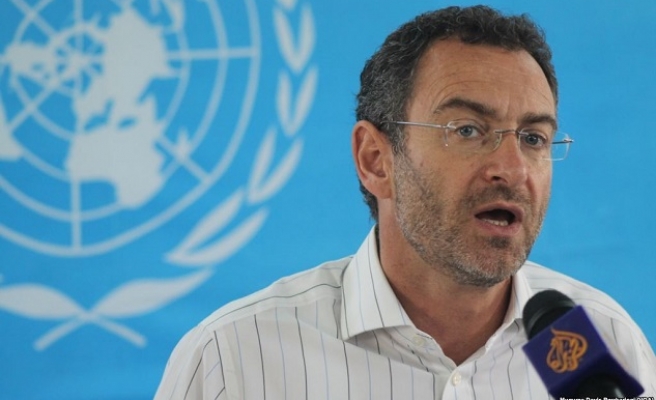 A top UN official  Wednesday decried the humanitarian situation in Nigeria’s northeast region as "terrible", calling for assistance from member-nations.

"The humanitarian consequences here are great, the humanitarian situation here is terrible, one of the worst in the world," Toby Lanzer, the UN assistant secretary-general and the regional humanitarian coordinator for the Sahel, said after visiting the devastated towns of Konduga and Bama, Borno, where more than 300 people were killed and a million displaced by the six-year Boko Haram insurgency.

A recent report by the World Bank and the national emergency agency put the number of displaced persons in the northeast region at 2.5 million, with women and children worst hit.

"Thousands of school-age children have been out of school for almost six years now," said Lanzer.

He said the UN has earmarked $200 million for support to the Nigerian northeast region, urging other nations to also give support to avoid the humanitarian crisis getting any worse.

"This is second time that I have visited this part of the world in eight months. I think it is a testimony that indeed the UN shows concern about Borno and the northeast region," he said.

The state government has commenced rebuilding over 60 communities destroyed by the insurgents but Borno’s governor, Kashim Shettima, says the issues of medical facilities, sanitation, and rebuilding infrastructure are still not getting enough attention.