5 assailants were also killed, according to UN mission in Central African Republic 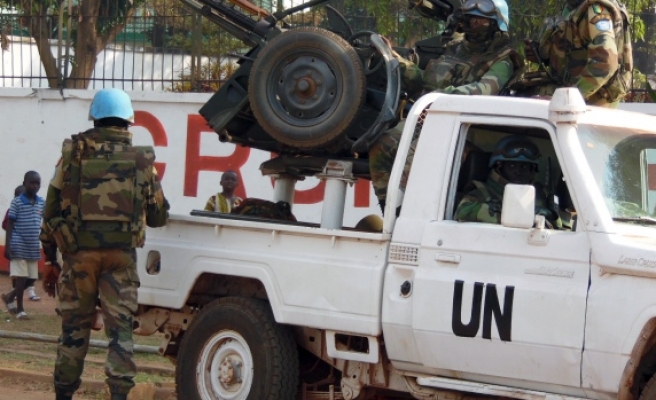 The attack was perpetrated by anti-Balaka militants, a mostly Christian militia, near Gambo in the southern part of the country, according to MINUSCA.

''During the attack, five assailants who were reportedly anti-Balaka elements were killed, while the rest of the group fled.

''Armed elements attacked the peacekeepers as they were traveling in a convoy from Bangassou towards Bambolo. The mission deployed two helicopters from Bria to evacuate the injured peacekeepers,'' the statement said.

Parfait Onanga-Anyanga representative of UN Secretary General in Mali condemned the attack and expressed his condolences to the family of the lost soldier and to the Government and people of Egypt.

"In this moment of sadness for MINUSCA, I express gratitude to this peacekeeper and to all blue helmets for their professionalism and sacrifice. Despite the extreme conditions and the unjustified armed attacks, these women and men fulfill their mission with selflessness and dedication," he said.

This latest killing brings to 13 the number of MINUSCA soldiers who have lost their lives in hostile actions since the beginning of 2017, in the course of carrying out their duties to help support sustainable peace and security in CAR, according to the mission.

The country has been wracked by violence since Muslim Seleka rebels ousted then President Francois Bozize, a Christian, in 2013.