Sudan said last month it had asked UNAMID to prepare an exit plan, days after denying peacekeepers permission to pay a second visit to the site of alleged mass rapes 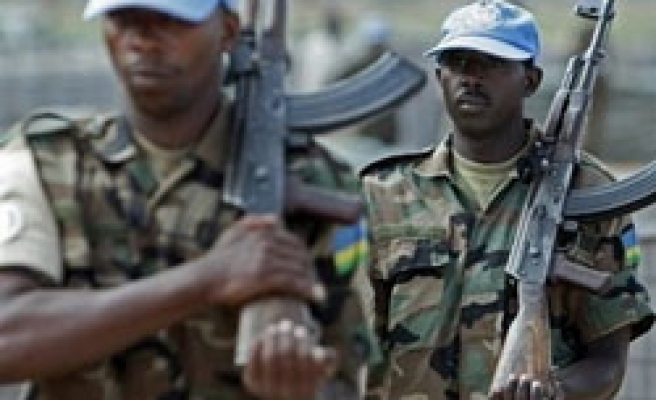 A joint United Nations-African Union (UNAMID) peacekeeping mission in Darfur is unlikely to bow to Sudan's request to leave the region when the situation there appears to be worsening, the head of the U.N. peacekeeping forces said on Monday.

Sudan said last month it had asked UNAMID to prepare an exit plan, days after denying peacekeepers permission to pay a second visit to the site of alleged mass rapes by Sudanese soldiers in the Darfur village of Tabit.

"They have asked us to form an exit strategy, which was always an objective, but they are doing it with a certain insistence and publicity which is a little bit special," Herve Ladsous told Reuters in an interview.

The Darfur conflict erupted in 2003 when mainly African tribes in the region took up arms against the Arab-led government in Khartoum, accusing it of discriminating against them. UNAMID has been deployed in Darfur since 2007.

As many as 300,000 people have died in the conflict, the United Nations says.

Ladsous said a review of UNAMID had been completed and that he would consult with his African Union counterpart, but added Khartoum knew the mission would not leave any time soon.

"It won't happen tomorrow and not while we continue to see so much suffering," he said. "This year alone we've seen a further 430,000 displaced, which is a clear indication that the situation in Darfur is not good."

"What we're seeing is fighting between unidentified militias and people are being killed, women are being raped," Ladsous said. "There was this incident in Tabit where we were not able to investigate in an independent way without being watched."

Sudan initially refused to let UNAMID visit Tabit but later granted it access. UNAMID found no evidence of allegations by some Darfur rebels that Sudanese troops had raped about 200 women and girls.

But it expressed concern on Nov. 10 about a heavy military presence during interviews conducted with the alleged victims.