12.000 child soldiers recruited in S.Sudan in past year 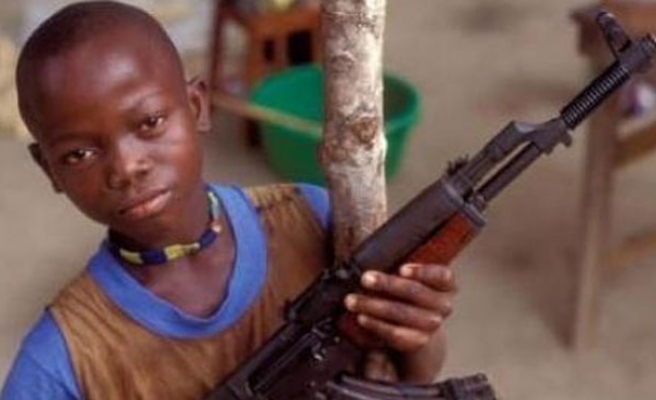 The United Nations has secured a pledge for the release of about 3,000 child soldiers in South Sudan, in what it called "one of the largest ever demobilisations of children".

The children, aged between 11 and 17, were recruited by the South Sudan Democratic Army (SSDA) Cobra Faction, led by David Yau Yau, and some had been fighting for almost four years.

Two hundred and eighty children were released on Tuesday at a village in Jonglei State, the U.N. children's agency UNICEF said, and further releases will take place over the next month.

"These children have been forced to do and see things no child should ever experience," said Jonathan Veitch, UNICEF's South Sudan representative.

"The release of thousands of children requires a massive response to provide the support and protection these children need to begin rebuilding their lives."

UNICEF said some 12,000 children have been recruited by South Sudanese armed groups in the past year.

The world's newest nation has been mired in conflict since December 2013 when fighting erupted in capital Juba, pitting President Salva Kiir's government against rebels loyal to his former deputy, Riek Machar.

At least 10,000 people have died in that conflict and more than a million have been displaced.

However, even before Machar's rebellion, South Sudan had been struggling to assert law and order across swathes of territory bristling with weapons after the 1983-2005 civil war with Khartoum.

Though he signed a peace deal with Juba in January 2014, internecine clashes between his Murle and Lou Nuer tribes, often stoked by cattle raids and revenge killings, have led to hundreds of deaths in recent years.

The U.N. said counselling and other psychological support programmes are being established to help reintegrate the children back into their communities.