Libya's political rivals agreed during the first session of the Geneva dialogue on the agenda of the dialogue, which includes the formation of a national unity government. 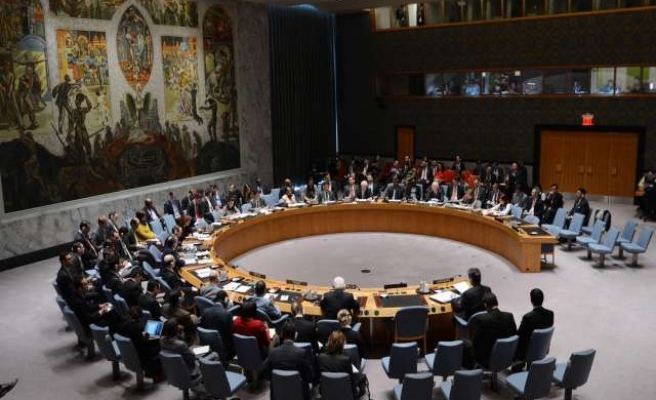 The U.N. Security Council on Saturday welcomed Libyan peace negotiations held in Geneva this week but warned the North African state it would consider sanctions against anyone undermining the country's security and stability.

Libyan factions agreed to continue United Nations-backed negotiations in the Swiss city next week over ending the country's political crisis.

Key representatives from a self-declared government based in Tripoli stayed away but in a possible sign of movement, its main armed groups battling forces of Libya's recognized government declared a ceasefire.

"The members of the Security Council supported the resumption of another round of talks in Geneva next week and strongly urged all relevant Libyan stakeholders to attend," the 15-nation council said in a statement. It added that it welcomed the ceasefire announcements.

The council cautioned that its Libya sanctions committee "is prepared to sanction those who threaten Libya's peace, stability or security or that obstruct or undermine the successful completion of its political transition."

"Political solution only way out"

Libyan Foreign Minister Mohamed al-Dairi on Saturday said that his country's crisis would only be solved through political means.

Following a meeting in Cairo with Arab League Secretary-General, Nabil al-Arabi, al-Dairi added that an ongoing national dialogue among Libya's political rivals in Geneva was an opportunity to reach a political settlement for the crisis in Libya.

"A political solution will be the only way out of the current crisis," al-Dairi said.

He welcomed a decision by al-Arabi to send the Arab League's Special Envoy to Libya, Nasser al-Qudwa, to Geneva to be part of the national dialogue, which has started on Wednesday.

He called for Arab support for the national Libyan army so that it could counter terrorism.

A faction within the Dawn of Libya militia, which fights against Libya's internationally-recognized government, declared a unilateral cease-fire late on Friday to open the door for a peaceful settlement to the conflict in the North African country.

Libya's political rivals agreed during the first session of the Geneva dialogue on the agenda of the dialogue, which includes the formation of a national unity government.

Meeting representatives also agreed to hold another dialogue session this week, which gives the chance for representatives from the Dawn of Libya to join in the dialogue.

Libya has been caught in turmoil since a bloody uprising ended the autocracy of longstanding ruler Muammar Gaddafi in 2011.