The mandate of the House of Representatives, expires in October, and hoping to signing a deal by September. 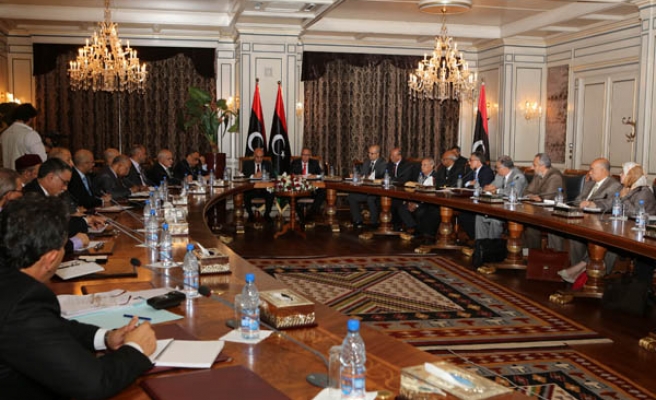 Talks aimed at uniting Libya's two warring governments are entering the final stretch and there is hope of signing a deal on Sept. 20, the U.N. Special Representative for Libya Bernardino Leon said on Friday.

"We really have a chance to reach a final agreement in the coming days and we cannot afford, Libya cannot afford, to miss this opportunity," Leon told reporters.

Leon met negotiators from Libya's General National Congress (GNC) for five hours on Friday and said he expected to hold a new round of talks next Wednesday, which diplomats said would take place in Skhirat in Morocco.

The target date for an agreement has been repeatedly pushed back, and Leon said the most difficult work was still ahead, with the two sides yet to tackle the question of who would be in the government and State Council.

The mandate of the House of Representatives, seat of Libya's internationally recognised government, expires in October, and Leon has said it would be extremely risky to reach October without a deal.

Both sides are under pressure from hardliners, and Leon may also be looking to step down soon, diplomats have said.

The head of the GNC delegation in Geneva said Leon had proposed new ideas and new formulas to deal with some of the GNC's concerns, and Leon said he thought they could be incorporated into the agreement with both sides' approval.

"No one should be expected to finally support the agreement if their concerns are not addressed," he said.

He hoped a signing ceremony might be held in Libya around Sept. 20, although it had not yet been discussed, and that the deal would come into force a month later, he said.

U.S. Ambassador to Libya Deborah Jones said the vast majority of Libyans wanted the U.N. process to succeed, produce a government and end the fighting in Libya, thus restoring security, the rule of law and a regulatory environment where people could do business.

"What we are trying to do, what the Special Representative is trying to do, is to put Humpty-Dumpty back together again," she told Reuters.

Leon's draft agreement was "a sound foundation" for building the Libyan state, which would help to tackle urgent problems such as terrorism, she said.