The UN has to stay focussed on the 'fragile situation in Somalia' to avoid a repeat of the humanitarian disaster of 2011 when around a quarter of a million Somalis died of famine, despite more pressing humanitarian need in the continent. 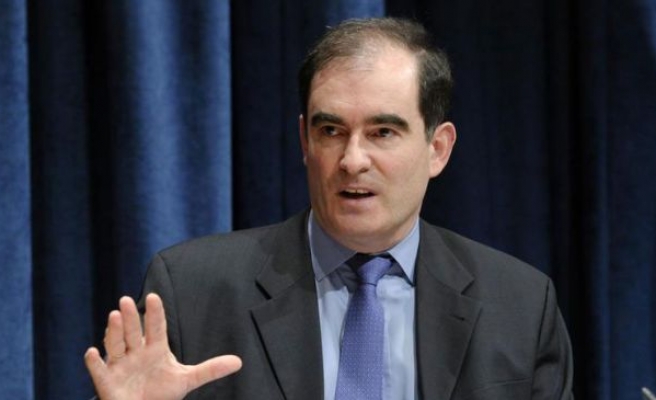 Millions of Somalis are dying every year because not enough money for humanitarian aid is being collected, John Ging, director of the UN Office for the Coordination of Humanitarian Affairs (OCHA), told Anadolu Agency (AA) at a news conference in New York on Tuesday.

Ging who had just returned from a three day visit to the Somali capital Mogadishu and the town of Baidoa, stressed that funding is a must if a situation similar to that seen in 2011, when some 260,000 people in Somalia died of starvation and famine, is to be avoided.

Only four per cent of the $933 million sought this year for humanitarian operations in Somalia has been received to date, said the top United Nations relief official.

Ging acknowledged that other countries are in more immediate need of humanitarian aid this year, for example in the Central African Republic (CAR) and South Sudan – but the UN must stay focused on the “fragile situation in Somalia,” Mr. Ging added.

Since 1991, Somalia has been torn by factional fighting, but -- UN reported recently – the country has made significant steps towards stability. A new government emerged after Al-Shabaab insurgents retreated from Mogadishu in 2011. UN also said - the transitional phase toward democratically-elected government is moving on.

“Every year hundreds of thousands of children under the age of five die in the Sahel (broad region of central Africa from Atlantic Ocean on the west to Red Sea on the East and Sahara desert on the north to Sudanese Savanna on the south), because we haven’t got the resources to actually save their lives with basic food,” Ging said.

UN said an estimated 857,000 people inside Somalia are currently “in crisis and emergency conditions.” At the same time - almost 2 million Somalis are described as a food insecure and expose to the harsh climate. Many of them are in rural areas that are difficult to access, as Mr. Ging noted, adding -- the another 1 million Somalis are refugees in neighboring countries.