"Pockets of vulnerable Muslim communities remain under nearly constant threat and in dire humanitarian conditions, despite the efforts of the international forces," Secretary-General Ban Ki-moon said. 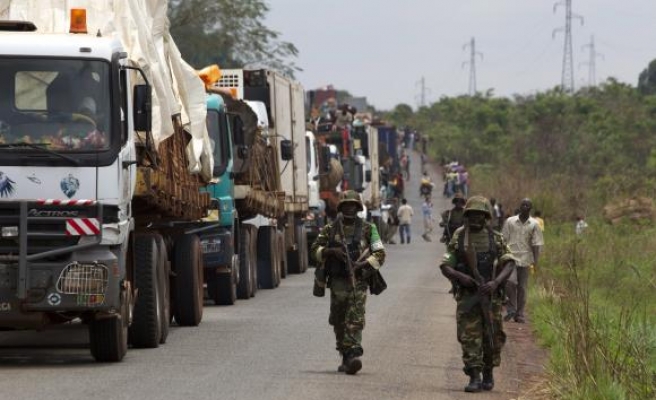 United Nations Secretary-General Ban Ki-moon has asked the U.N. Security Council for 1,030 more peacekeepers for Central African Republic after the mission was left overstretched when infrastructure and senior officials needed to be protected in the capital, Bangui.

Ban wants an additional 750 troops and 280 police, which would take the mandated strength of the peacekeeping operation to nearly 13,000 uniformed personnel. The 15-member Security Council is due to renew the mandate of the mission in April.

A largely Christian "anti-balaka" militia took up arms in 2013 against Muslim Seleka rebels who had toppled President Francois Bozize and seized power in March of that year.

"The security situation remains volatile and clashes between anti-Balaka and ex-Seleka elements continue, while criminal activities aimed at, among other things, controlling the country's natural resources are increasing," Ban said in a letter to the Security Council.

"Pockets of vulnerable Muslim communities remain under nearly constant threat and in dire humanitarian conditions, despite the efforts of the international forces," he said.

A U.N. commission of inquiry found that the Christian militia carried out ethnic cleansing of the Muslim population during the country's ongoing civil war, but there is no proof there was genocidal intent.

Some 5,600 African Union peacekeepers, deployed in December 2013, and an additional 2,000 French troops struggled to stem the violence in the impoverished landlocked country of 4.6 million people. The United Nations took over the AU mission in September.

Ban said that following violence in Bangui in October 2014, more troops had to be dedicated to securing the capital and critical infrastructure, while police had to be deployed to protect senior CAR officials.

"Doing so has, however, left fewer troops available to deploy outside Bangui, including in the northeast, which is an ex-Seleka stronghold," Ban wrote.

"It has also required committing the force reserve to tasks in Bangui, thereby limiting the ability of MINUSCA (the U.N. mission) to respond flexibly and rapidly to emerging crises throughout the country," he said.

Along with additional troops and police, Ban said another 20 corrections officers were needed to help reopen prisons outside of Bangui.

The mission was due to be at 90 percent of its full strength by April and, if authorized, the additional peacekeepers could be on the ground by July as the United Nations already had preliminary commitments for them, Ban said.