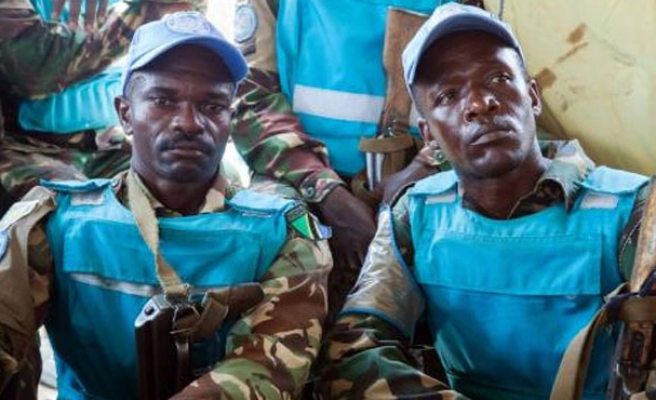 U.N. peacekeeping chief Herve Ladsous warned on Thursday that it would take time to defeat Rwandan rebels in Democratic Republic of Congo given the group lived among civilians and the United Nations wanted to avoid a repeat of a 2009 humanitarian crisis.

The U.N. force (MONUSCO) has finished preparatory operations ahead of a planned military offensive to dislodge the Democratic Forces for the Liberation of Rwanda (FDLR), a group at the heart of years of conflict in Central Africa's Great Lakes region.

Ladsous said be believed Congolese President Joseph Kabila would imminently sign off on the joint Congolese and MONUSCO plan to tackle the FDLR, which includes former soldiers and Hutu militiamen responsible for carrying out Rwanda's 1994 genocide.

The FDLR failed to meet a Jan. 2 deadline to surrender.

"We need to recognize that achieving tangible results against the FDLR, this will require both resources and time," Ladsous told the U.N. Security Council. "The nature of this armed group is that it's very dispersed, it's immersed within the local population, so it will take time."

"We also need to do everything to avoid the repetition of what happened in 2009 when the FARDC (Congolese troops) had undertaken military operations against the FDLR which led to absolutely devastating humanitarian consequences," he said.

During a U.N.-backed offensive against the FDLR in 2009, Congolese soldiers were accused by rights groups of massacring hundreds of civilians and committing wide-ranging abuses. The Congolese army denied the scale of the alleged abuses.

The U.N.'s Office for the Coordination of Humanitarian Affairs warned this month that tens of thousands of civilians are likely to be forced to flee their homes during the planned offensive against the FDLR.

Martin Kobler, head of the U.N. peacekeeping operation, told reporters after the Security Council briefing: "Our preparations are done, we are ready to go, our troops are pre-deployed and this is also the case for the FARDC."

He said there were an estimated 1,400 to 2,000 FDLR rebels and that 18 temporary assembly areas had been established for those who wanted to surrender.