Gamal Hisho, who is employed by MINUSCA's communications department, was abducted near Bangui airport 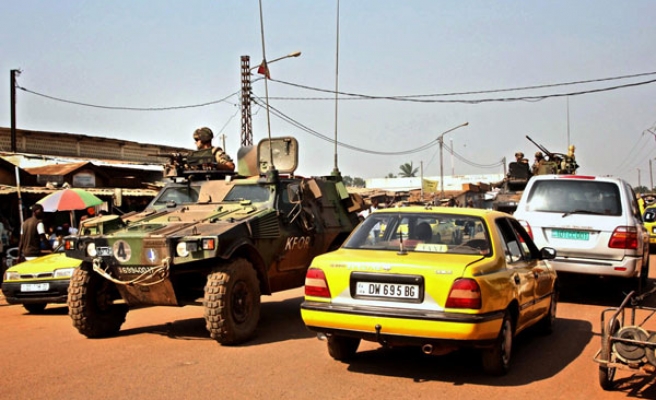 A United Nations worker was kidnapped Tuesday in Bangui, the capital of the Central African Republic, by unknown militants, according to a source with the UN mission (MINUSCA).

"Gamal Hisho, who is employed by MINUSCA's communications department, was abducted early Tuesday near Bangui airport," the source who requested anonymity told The Anadolu Agency.

The source did not reveal the nationality of the abductee but said that she was of Kurdish descent and that she was kidnapped while on a UN bus accompanied by Ugandan aides, who managed to escape the militants.

A UN helicopter was spotted roaming the area for more than 40 minutes, eyewitnesses told The Anadolu Agency.

Neither the UN nor the Central African authorities have confirmed the abduction.

On Monday, a cleric and a French woman were reportedly kidnapped by the anti-balaka militia in the northern part of Bangui.

Sources within the anti-balaka militia told AA that the abduction was intended to pave the way for "negotiating" the release of the [militia] leader Rodrigue Ngaibona, who was detained by UN peacekeepers on Saturday.

CAR descended into anarchy in 2013 when Muslim seleka rebels removed Francois Bozize, a Christian who had come to power in a 2003 coup. The rebels later installed Michel Djotodia, a Muslim, as interim president, who stepped down last year to a Christian leader amid a wave of sectarian violence.

Since then, the country has been plagued by sporadic tit-for-tat sectarian violence between Christian anti-balaka militias and former seleka fighters.