An agreement is expected to be reached today between senior officials and the Sudanese government. 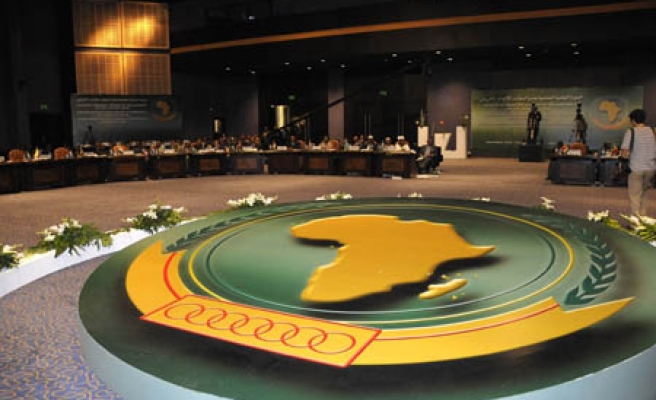 World Bulletin / News Desk
An agreement on the principles of a gradual exit strategy for the United Nations-African Union Mission in Darfur (UNAMID) from Sudan's western Darfur region is expected later Tuesday, a Sudanese diplomat has said.

Agreement is expected to be reached following a Tuesday meeting between senior officials from the UN, the African Union (AU) and the Sudanese government.

"The meeting is still in session. I expect an agreement… by day's end," said Sanaa Hamad, the bilateral and regional relations officer at Sudan's Foreign Ministry.

"There is an understanding and good faith at the meeting of the Tripartite Commission [comprising the AU, UN and Sudanese government] on the status of UNAMID's exit strategy," Hamad said.

Last November, UNAMID claimed that the Sudanese authorities had prevented its personnel from entering a village in Darfur to investigate claims that scores of local women had been raped by Sudanese troops, according to Radio Dabanga, which is broadcast from the Netherlands.

UNAMID has been working in Darfur since early 2008.

With a total budget of $1.4 billion in 2013, it is the second largest peacekeeping mission in the world, containing 20,000 troops, police and personnel from different countries.

Since 2003, Darfur has been the scene of a ferocious war between the Sudanese government and three rebel movements. The conflict has left some 300,000 people dead and 2.5 million displaced, according to UN figures.

In 2009, the Darfur conflict prompted the International Criminal Court to issue an arrest warrant for Sudanese President Omar al-Bashir amid allegations that Sudanese troops and allied militias had committed crimes of genocide in the troubled region.