The United States is building an array of secret new drone bases to conduct strikes against "Al-Qaeda targets" in Somalia and Yemen, according to the Washington Post. 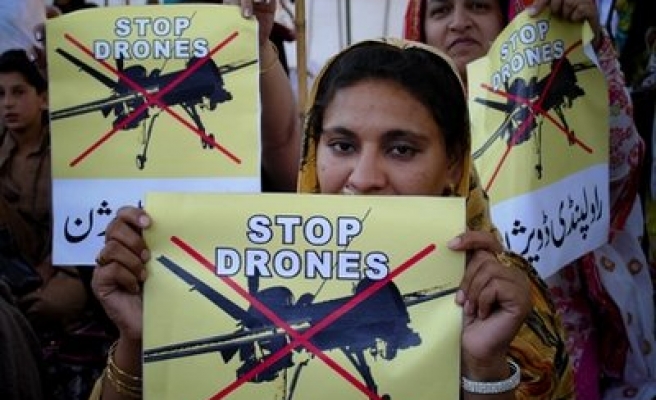 The United States is building an array of secret new drone bases to conduct strikes against "Al-Qaeda targets" in Somalia and Yemen, according to the Washington Post.

One of the new installations is being set up in Ethiopia, in the fight against the Shebab that controls much of Somalia, while another is being established in the Seychelles, the Post reported late Tuesday.

A small fleet of so-called "hunter-killer" drones -- able to fire Hellfire missiles and satellite-guided bombs -- already based on the Indian Ocean archipelago resumed operations this month after a pilot mission demonstrated that they could effectively patrol Somalia from there, it said.

The U.S. military also has flown drones over Somalia and Yemen from bases in the African nation of Djibouti and the CIA is building a secret airstrip in the Arabian Peninsula to deploy drones over Yemen, the article said.

In late June the Post reported that two senior commanders of Somalia's Shebab insurgency were wounded in what appeared to have been the first US drone strike on the country.

A Shebab official in the area of the reported attack described an aerial bombing raid on a Shebab base that wounded several fighters, including foreigners, and said he believed it was carried out by US aircraft.