Human Rights Watch report that said an increasing number of people have been disappearing or detained in Rwanda since March. It said some were detained by the Rwanda Defense Force and may be in military custody. 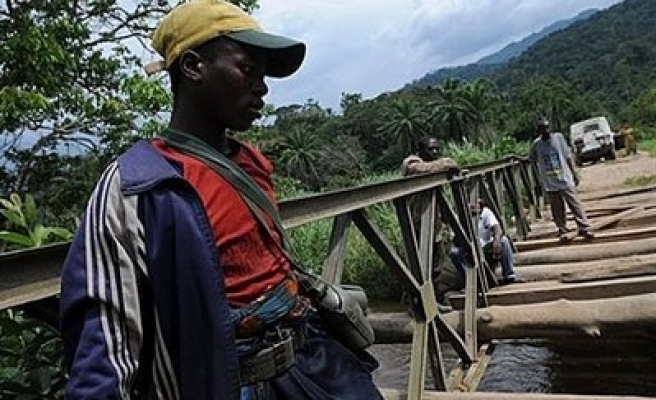 The United States expressed deep concern on Wednesday over the arrest and disappearance of dozens of Rwandans over the last two months, including people held up to two months without being charged or allowed to communicate with their families.

The State Department also cited "credible reports" that journalists have been threatened in the central African country and that the government has suspended a call-in news radio program.

"The United States calls upon the Government of Rwanda to account for individuals arrested over the past two months and currently in custody," spokeswoman Marie Harf said.

Harf said in a statement some of those arrested were detained "incommunicado" without charges, but that Rwandan authorities recently have begun bringing a number of them before a court.

"We also call upon Rwanda to fully respect freedom of expression, including for members of the press so that they can investigate, report, and facilitate discussion on issues of public concern," Harf said.

Washington's concern followed a May 16 Human Rights Watch report that said an increasing number of people have been disappearing or detained in Rwanda since March. It said some were detained by the Rwanda Defense Force and may be in military custody.

The rights group collected information on 14 people it said were missing in the northwestern Rubavu district, near the Congolese border, and said there were several additional cases in Musanze and the capital, Kigali.

It said some may have been targeted because of suspicion they were aligned with the rebel group Democratic Forces for the Liberation of Rwanda, or FDLR.

Composed in part of former soldiers and Hutu militia who fled to the Democratic Republic of the Congo after massacring 800,000 Tutsis and moderate Hutus during Rwanda's 1994 genocide, the FDLR has since sought to topple the government of President Paul Kagame.

Harf said the United States supported Rwanda's efforts to identify people who want to use violence against its people or the government but warned against arbitrary arrests and detentions.

Human Rights Watch said Rwandan officials told them they were investigating the cases, but did not provide details.

On Monday, the Rwandan Justice Ministry released an assessment of Human Rights Watch's activities in the country, questioning its motives.

"Is it a bona fide, independent human rights watcher or an embedded undercover political actor?" according to a copy of the assessment published in the Rwandan newspaper The New Times.

The ministry accused Human Rights Watch of trying to "sanitize and/or legitimize" the FDLR in its May 16 statement. It said Rwandan authorities have been dealing with cross-border criminal incursions into northwestern Rwanda since March.