US denies allegations of civilian massacre in Somalia

Civilian deaths were confirmed by Somalian officials but it had to be buried after US pressure, US news outlet says 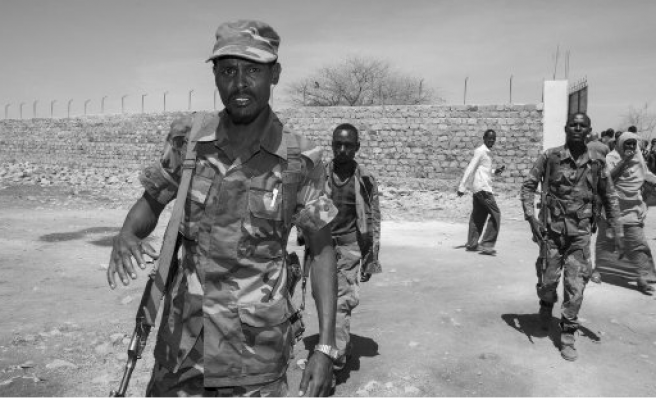 The U.S. Africa Command (Africom) on Wednesday denied allegations that an operation carried out in August by American troops in Somalia resulted in civilian deaths.

"After a thorough assessment of the Somali National army-led operation near Bariire, Somalia, on Aug. 25, 2017 and the associated allegations of civilian casualties, U.S. Special Operations Command Africa (SOCAF) has concluded that the only casualties were those of armed enemy combatants," Africom said in a statement.

Africom's statement came after the American news website The Daily Beast reported earlier in the day that there was strong evidence the U.S.-led operation resulted in the deaths of 10 civilians, including at least one child.

Citing unnamed sources, The Daily Beast said U.S. Navy Seals fired on unarmed farmers in the village and then took pictures of those shot with weapons falsely planted beside their bodies to appear as though they were armed.

In addition, the news website reported that after opening an investigation into the incident, Somalian federal government officials told The Daily Beast the inquiry confirmed that those shot were civilians and its information was buried after the U.S. government put pressure on Somali officials.

However, Africom denied the claim without addressing The Daily Beast story, saying SOCAF conducts detailed planning and coordination to reduce civilian casualties and to ensure compliance with the Law of Armed Conflict before the U.S. carries out an operation with partner forces.

The U.S. has about 500 troops in Somalia, with two new military headquarters in Mogadishu.

U.S. forces have been working with the Somali government to fight the al-Shabaab terror group, which has publicly boasted of its alliance with al-Qaeda and has been fighting Somalia's internationally recognized government for control of the country since the militant group was ousted from Mogadishu in 2011 by African Union-led forces.