U.S. military to quickly ramp up Ebola mission in Liberia

Washington is sending some 3,000 soldiers to the region to build treatment centres and train local medics. 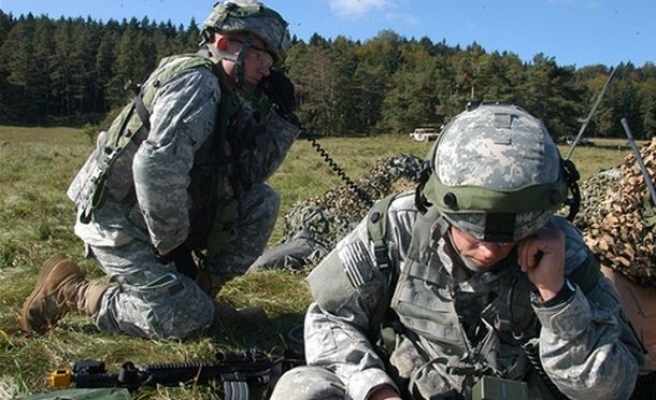 The United States plans to quickly increase its presence in Liberia, where military personnel are deploying to help the West African nation halt the advance of the worst Ebola epidemic on record, the general in charge of the mission said on Monday.

Washington is sending some 3,000 soldiers to the region to build treatment centres and train local medics. Around half will be based in Liberia, with the rest providing logistical support outside the country.

"This is about urgency and speed. So what you're going to see here pretty soon is forces flown here," Major General Darryl Williams told journalists in the capital, Monrovia.

"I have 175 soldiers and I have another 30 that are in other countries that are beginning to set up the logistics hub to fly forces in here," he said.

Williams said the U.S. mission was planning to build and supply 17 Ebola treatment units across the country but added that Liberian authorities would still be leading the effort.

"The (Armed Forces of Liberia) has a great capability. They are already out there ... and helping us, because they have this knowledge of the local area. So we are not doing anything by ourselves," he said.

At least 3,091 people have died from Ebola since the West African outbreak was first identified in Guinea six months ago.

Liberia has recorded 1,830 deaths, around three times as many as Guinea or Sierra Leone, the two other heavily affected countries.

The epidemic has overwhelmed regional health sectors still struggling to rebuild after years of civil war and turmoil. The disease has infected 375 healthcare workers across the region, killing 211 of them.

Bernice Dahn, Liberia's chief medical officer and deputy health minister, put herself in quarantine over the weekend as a precaution against Ebola after one of her assistants died from the disease.

"As destructive as the Liberian Civil War was, at least our people knew the warring factions and the frontlines," Liberia's Foreign Affairs Minister Augustine Kpehe Ngafuan told the U.N. General Assembly on Monday.

"With Ebola, the enemy is more insidious and there are no clear-cut frontlines because someone's child, someone's husband, someone's workmate could actually be the enemy and the frontline at the same time," he said.

The U.S. embassy in Morovia said on Monday that work to build a 25-bed unit to treat infected health workers, international and Liberian, had begun in Margibi Country in central Liberia. Construction is due to be completed in a few weeks.

"It is intended to provide a high standard of care, so that when they put themselves at risk they have someplace they can go to be treated," said Deborah Malac, U.S. ambassador to Liberia. "We will be sending approximately 65 medical personnel to staff that hospital."

After a slow initial response, foreign governments and international organisations are now pouring funds, supplies and personnel into West Africa.

U.S. President Barack Obama on Thursday called on more nations to help fight the outbreak, saying hundreds of thousands of lives were at stake.

Britain, France, China and Cuba have all pledged military and civilian personnel alongside cash and medical supplies.