U.S. sanctions military officers on both sides of S.Sudan conflict 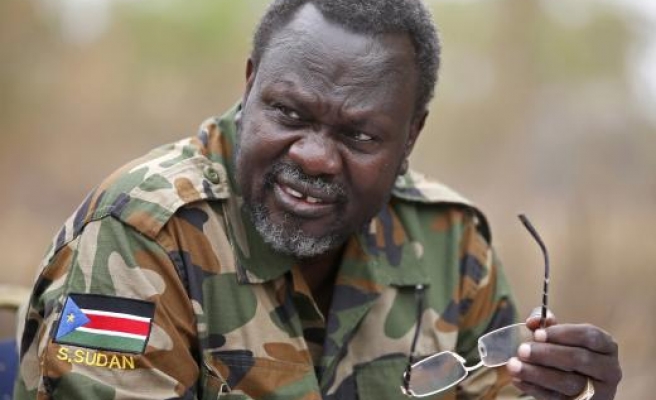 The United States imposed sanctions on two military officers on opposite sides of the ethnic violence in South Sudan on Thursday in a demonstration of U.S. frustration that fighting has continued despite two ceasefires.

Thousands have been killed and more than 1 million have fled their homes since December in South Sudan, the world's newest state, when fighting erupted between troops backing President Salva Kiir and soldiers loyal to his sacked deputy, Riek Machar.

It accused Koang of leading anti-government forces that "targeted civilians, including women and children, with killing, sexual violence and attacks on schools, hospitals, religious sites, and locations where civilians were seeking refuge."

The Treasury Department accused Deng Wol of expanding the conflict in South Sudan and of obstructing peace, saying he conducted confrontational troop movements after the signing of a Jan. 23 ceasefire agreement.

It said soon after negotiators agreed to cease hostilities, Deng Wol's forces broke the agreement with a series of military engagements in which the SPLA captured the towns of Mayom, Tor Abyad and Wang Kai.

"Both of the individuals we are designating today are prolonging the violent conflict in South Sudan and engaging in reprehensible violence," Treasury Under Secretary for Terrorism and Financial Intelligence David Cohen said in a statement.