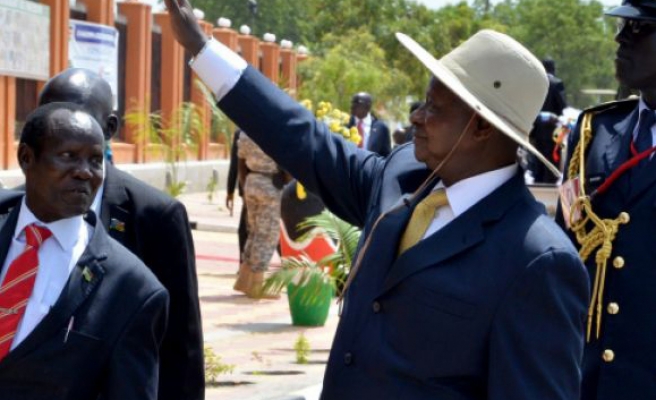 The United States on Thursday blasted the Ugandan government after officials there briefly detained the country's top presidential challenger.

"Such an action calls into question Uganda's commitment to a transparent and free election process, free from intimidation."

Besigye, who is the strongest among President Yoweri Museveni's seven challengers, was arrested when checking on allegations of vote-rigging by the ruling party.

He was released later in the day, but Kirby said that did not excuse his being detained.

Kirby added the United states was also concerned by the late opening of many polling stations, as well as a Ugandan government move to block several popular social media and mobile money sites on election day.

"We continue to urge government authorities as well as all political parties and their supporters to refrain from further acts or rhetoric that may lead to more unrest or claim any more lives," he said.