Al Shabaab has not commented on the attack. 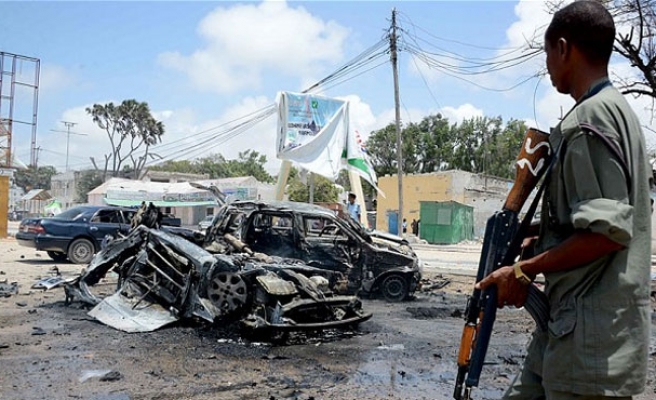 The United States said on Tuesday it had launched the drone strike to kill Yusef Dheeq, al Shabaab's chief of external operations and planning for intelligence and security, adding that if it was successful it would be a major blow to the group.

Al Shabaab has not commented on the attack.

The strike was the latest in an ongoing campaign against al Shabaab. In September, a U.S. drone killed the group's main leader, Ahmed Abdi Godane, while a drone hit on Dec. 29 killed another senior al Shabaab militant.

"Yusuf Dheeg was the coordinator of guerrilla attacks inside and outside Somalia," Somalia's national intelligence and security agency said in a statement announcing his death. "He was also one of the main leaders of al Shabaab."

Somali intelligence said the strike south of the capital Mogadishu also killed other senior members of the group, an al Qaeda affiliate which wants to topple the Western-backed Mogadishu government.

Al Shabaab, which controlled Mogadishu and southern Somalia until it was driven out of the capital in 2011, has steadily lost territory to a military offensive by Somali and African Union forces.

The group still launches regular attacks and was behind a 2013 raid on a Nairobi shopping mall that killed 67 people.