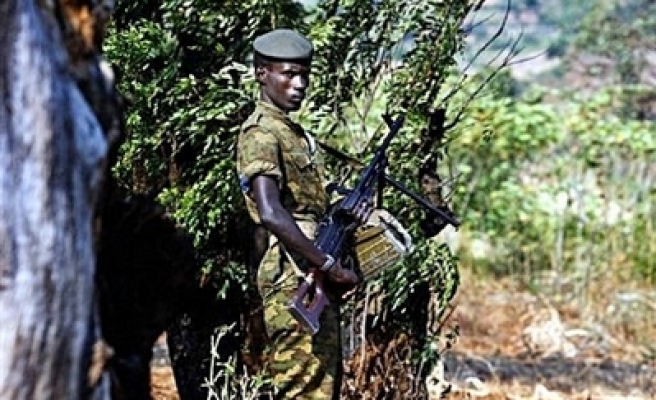 The United States on Thursday called on Rwanda and Burundi to investigate the discovery of up to 40 dead bodies, including some wrapped in plastic, in a lake on the border between the two African countries.

Local media said the corpses were discovered by Burundian fisherman in Lake Rweru in July and August. The identity of the bodies and the circumstances surrounding their deaths remain unclear.

Both Rwanda and Burundi have said there are no indications the corpses were from their countries.

The two countries occupy a sometimes unstable part of the world. Since the genocide of 1994 in Rwanda, President Paul Kagame has won Western praise for rebuilding the country but he has also been criticized for intolerance of political opposition. Kigali has also denied accusations that it supported the M23 group that had been fighting in neighbouring Democratic Republic of Congo until last year.

Politically troubled Burundi has endured decades of ethnic massacres that worsened during a 12-year civil war that ended in 2005.

"We firmly believe that these victims deserve to be identified. Their families deserve to know their fate, and those responsible should be brought to justice," Jen Psaki, a spokeswoman for the State Department, said in a statement.

The United States called on the two countries to conduct a "prompt, thorough, and impartial and concerted investigation" into the deaths with the assistance of "independent, international forensic experts," she said.

Burundian authorities say there are no indications the bodies are of Burundian citizens. They say they have asked families living in the area but have not had reports of any missing individuals.

The head of the criminal investigation department division of the Rwandan police, Theos Badege, repeated previous statements that the bodies were not Rwandan nationals.

"Both the appearance of the bodies and the burial scenes are on the Burundian territory so it is their primary responsibility to conduct investigation," he told Reuters.