Ban Ki-moon has called for the U.N. mission in the North African territory to monitor and report on human rights abuses, but Morocco, backed by France, rejects the idea 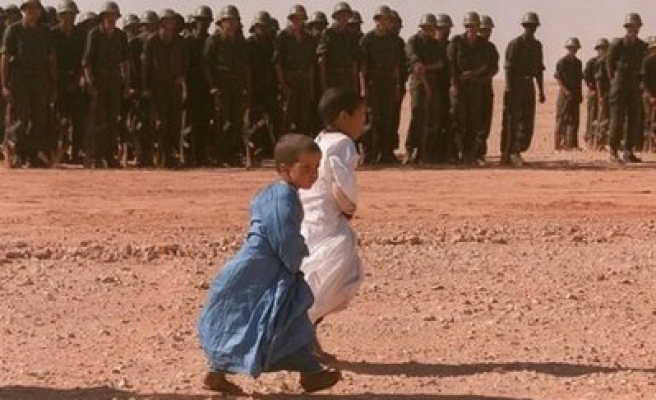 A U.S.-drafted resolution that would renew the U.N. peacekeeping mission in disputed Western Sahara urges all sides to respect human rights but does not ask the United Nations to monitor abuses, according to a text obtained by Reuters on Wednesday.

U.N. Secretary-General Ban Ki-moon and rights advocacy groups have long called for the U.N. mission in the North African territory to monitor and report on human rights abuses, but Morocco, backed by France, rejects the idea.

The resolution, if approved, would have the U.N. Security Council "stressing the importance of improving the human rights situation in Western Sahara and the Tindouf camps, and encouraging the parties to work with the international community to develop and implement independent and credible measures to ensure full respect for human rights."

Last week Ban renewed his appeals for sustained human rights monitoring in Western Sahara and warned against unfair exploitation of the region's natural resources. The U.S. draft resolution does not heed Ban's appeal.

Morocco took control of most of the territory in 1975 when colonial power Spain withdrew, prompting a guerrilla war for independence that lasted until 1991 when the United Nations brokered a cease-fire and sent in a peacekeeping mission known as MINURSO. Rabat vigorously opposes the idea of MINURSO monitoring alleged rights abuses in Western Sahara.

The renewal of the mandate of the peacekeeping mission marks an annual battle in the Security Council between France, which defends Morocco's position, and a number of African nations and Western Sahara's Polisario Front independence movement. Algeria is also a strong supporter of the Polisario.

Last year the United States, on Ban's recommendation, initially proposed that MINURSO take on the job of human rights monitoring. But Morocco was furious and Washington dropped the idea. By way of a compromise, Rabat agreed to allow some U.N. rights investigators to visit the territory.

The U.S. draft, which diplomats say the council is expected to put to a vote on April 29, would also have the council "recognizing and welcoming ... the recent steps and initiatives taken by Morocco to strengthen the National Council on Human Rights Commissions operating in Dakhla and Laayoune."

In addition to renewing MINURSO's mandate for another year, it would also praise Morocco's willingness to cooperate with individual U.N. Human Rights Council investigators.

The draft resolution has gone to all 15 council members. It could change before adoption, though council diplomats said Washington had negotiated the text painstakingly with Morocco beforehand and would be reluctant to amend much of the language.

Two council diplomats told Reuters last week that it would be futile for the United States to include a rights-monitoring mandate for U.N. peacekeepers as Morocco would oppose and France probably veto it.

Neither of the diplomats said French U.N. Ambassador Gerard Araud had explicitly threatened to use the veto, though they said the possibility Paris could do so naturally tainted the discussions. Araud on Saturday vehemently denied that France has threatened to veto the idea of U.N. rights monitoring.

Diplomats also voiced dismay at the fact that the U.N. secretariat twice revised Ban's report on Western Sahara earlier this month within the space of several hours. The main change in the third and final version altered his call for a human rights "monitoring mechanism" to a call for "monitoring".

Polisario's U.N. representative Ahmed Boukhari accused Morocco and France of pressuring the United Nations to revise the report. Araud denied the allegation and Morocco did not respond to a request for comment.

Western Sahara is slightly bigger than Britain and has under half a million people known as Sahrawis. It is rich in phosphates - used in fertilizer - and, potentially, offshore oil and gas. Polisario has complained about Western firms searching for natural resources based on permits from Morocco.

Rabat wants Western Sahara to be an autonomous part of Morocco. Polisario instead proposes a referendum among ethnic Sahrawis that includes an option of independence, but there is no agreement between Morocco and Polisario on who should participate in any referendum.