Khaled al-Qazzaz, secretary to Mursi on foreign affairs, was arrested in July 2013 along with the elected president and eight other senior aides when Mursi was overthrown by the army 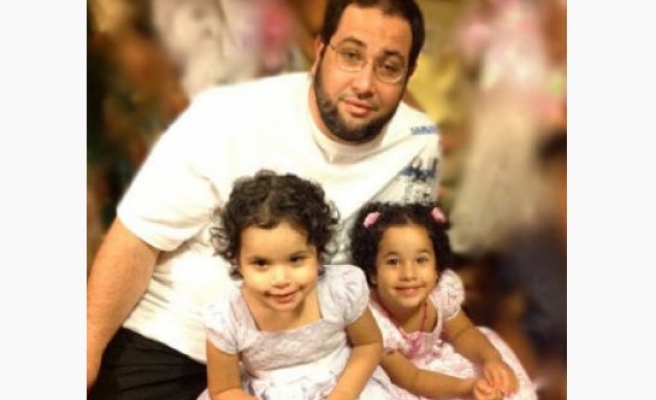 The Canadian wife of an ex-aide to Egyptian Islamist president Mohamed Mursi, whose husband has been detained more than 400 days in solitary confinement, says she has brought a case to the United Nations this week, seeking support for his release.

Khaled al-Qazzaz, secretary to Mursi on foreign affairs, was arrested in July 2013 along with the elected president and eight other senior aides when Mursi was overthrown by the army. His wife, Sarah Attia, says his case is symptomatic of a broader malaise in Egyptian society.

"It's no longer about the Islamists anymore. It is about anyone that speaks up against the current regime," she told Reuters in an interview at the U.N. in Geneva. "That should be a concern to the human rights community to end the violations."

No one from the Egyptian government was immediately available for comment.

Mursi was a leader of the Muslim Brotherhood, Egypt's biggest political force until last year. After Mursi's arrest, hundreds of demonstrators at two protest camps were killed in what Human Rights Watch says probably amounted to crimes against humanity. Thousands of Muslim Brotherhood supporters were arrested.

An Egyptian state prosecutor has charged Mursi and 14 other Brotherhood members with inciting murder and violence, charges linked to violence in which around a dozen people were killed outside the presidential palace in December 2012.

"On July 3, 2013, the day of the military coup, which happened to be his 34th birthday as well, my four children and I waited for him to come home and he didn't. Basically, he was kidnapped," Attia said.

The Qazzaz couple met as engineering students at the University of Toronto and moved to Cairo in 2005, Attia said. Her husband, who has permanent residency in Canada, took part in anti-Mubarak protests at Tahrir Square; their youngest daughter is named Tahrir after the square.

Attia, who is of Egyptian origin, has meetings scheduled this week with senior aides to U.N. High Commissioner for Human Rights Navi Pillay and independent U.N. investigators.

A U.N. panel of experts on arbitrary detention said in a finding made public in April 2014 that Qazzaz and other Mursi aides were held unlawfully and called on the government to release them immediately and provide compensation.

Attia was allowed to visit Qazzaz at a military compound in Cairo before he was sent to Tora prison, she said.

"He has been there in solitary confinement for 418 days today (Monday) ... He has not been charged to date," Attia said, holding a handwritten note from him smuggled out of Tora prison's maximum security facility, Aqrab, which means Scorpion.

"His only crime is that he was a civil servant at his workplace at the time of the coup," she said.

Amnesty International has called for Qazzaz to be freed or charged with a recognisable criminal offence and given a fair trial. It has condemned the jailing of his elderly father, Adly, believed to have been "targeted because of his son" and released in June after eight months and two heart attacks in prison.

The International Committee of the Red Cross, which checks on conditions of detention worldwide, has not been allowed to visit prisoners in Egypt for over a decade, a spokeswoman said.

"My husband's health is deteriorating very quickly because of the poor conditions ... He has lost mobility in his left arm because of a problem he developed in the nerves of his neck," Attia said.

She has obtained a copy of an MRI report done in prison that she said shows that "six vertebrae in his neck have suffered damage" that has led to numbness in his limbs.

"It also says that it requires immediate surgery or it can result in permanent disability, so I'm very, very concerned."

Attia, asked whether she believed it was a result of mistreatment in custody, said: "I'm not aware of any physical torture other than the solitary confinement, which many human rights organisations consider as torture."