'I buy water from vendors to cook and wash, and it costs me lots of money. Well water gives us rashes,' says one local 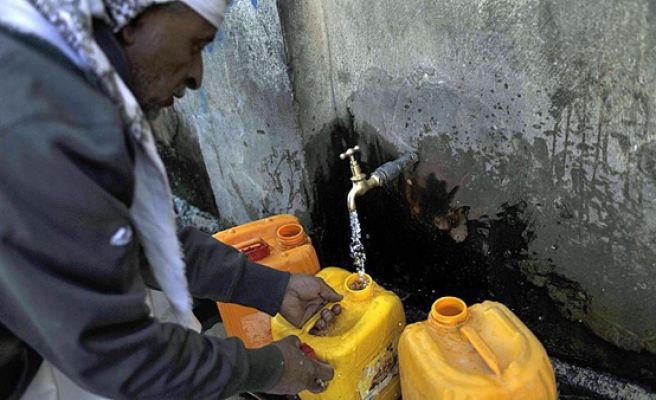 Liberia’s water problem is not a new issue; it has been there since the country’s 14-year civil war, which destroyed the country’s hydroelectric plant, the Mt. Coffee Hydro Electric Plant outside the capital Monrovia.

Some 13 years since the war ended, only 25 percent of the country’s 4 million people have access to clean, safe drinking water.

Chuchu Kordor Selma, the WaterAid NGO’s team head for Liberia and Sierra Leone, blamed the country’s water woes on urban migration, fragmentation of the water sector, and low investment in the sector by the central government.

Selma told Anadolu Agency that for Liberia to deal with its acute water shortage, the country should establish a dedicated ministry to independently handle the water sector, with the power to ensure citizens have good-quality water and to adequately regulate and distribute to the population.

“Water needs investment, and sanitation needs commitment, so to solve the water problem Liberians are going through, there must be increased government investment in the sector,” Selma told Anadolu Agency in Monrovia.

The water expert wants the government to establish a stand-alone ministry to manage and distribute water supplies, citing Sierra Leone and Ghana as case studies.

“The Ministry of Public Works should be responsible for roads, infrastructure, and bridges, and we should let a new ministry that will not have a divided vision focus on the country’s huge water challenge,” he added.

In 2013 Liberia devoted 1.2 percent of the national budget to the sector, dropping to 0.4 percent in 2014, a figure which has remained low since then, according to Selma.

Access to water as a basic fundamental right of citizens has become a struggle for survival for most Liberians.

The lack of access to safe, clean water – especially mass shortages across the capital Monrovia and its surroundings, including the slum of West Point – during the continuing dry spell there remains a big challenge.

Locals in West Point, the country’s biggest slum, feel the brunt of this problem as most residents are forced to buy water from local vendors each day, an expense that piles up quickly.

Kumba Korkor, 30, a West Point businesswoman, told Anadolu Agency that due to the contamination of the local wells she has to purchase at least 15 gallons of water a day to wash and do other household chores at a cost of $300 Liberian.

“Before the war we had water, but now I buy water from the vendors to cook and wash, and it costs me lots of money.

“Whenever we use the water from the wells in the community, our bodies get covered with rashes,” she lamented.

Due to the central government’s failure to boost the budget needed to address the water shortage and related challenges, local vendors see providing water as a business for survival, although it is hard work.

James Zayzay is a local church pastor, but he makes his living from selling water. Though only 37, he looks older than that due to the hard physical labor he does pushing around special giant wheelbarrows filled with water. He told Anadolu Agency of his daily struggle.

“The water business is hard, but if we all decide not to sell the water because the labor we do is tedious, the problem will get even worse. So we just have to do what we are doing,” he explained.

Each day James and his colleagues Isaac Yekeh, 36, and Joseph Boikai, 24, push traditionally made wheelbarrows carrying 50 containers full of water from the hilltops of Monrovia to the slums of West Point and points in between, supplying water in exchange for money.

To help the country deal with this serious water challenge, the World Bank last week approved US$10 million credit to Liberia to help address the acute water shortage in the capital.

The Liberia Urban Water Supply Project is expected to benefit about 63,000 direct beneficiaries, 44 percent of them women and girls.

At the same time, Selma told Anadolu Agency that “the money could make a huge difference in dealing with the water problem in Liberia, provided the proper strategies and investment plans are developed and implemented.”

“Two years ago the Ministry of Public Works was allotted US$1 million for water, but not much was done in implementation, and as the budget year ended, the money was transferred for another purpose at the ministry,” he related.

Selma and many Liberians in Monrovia are grateful for the World Bank’s support for water supplies in their country, but are worried about the implementation by local authorities.