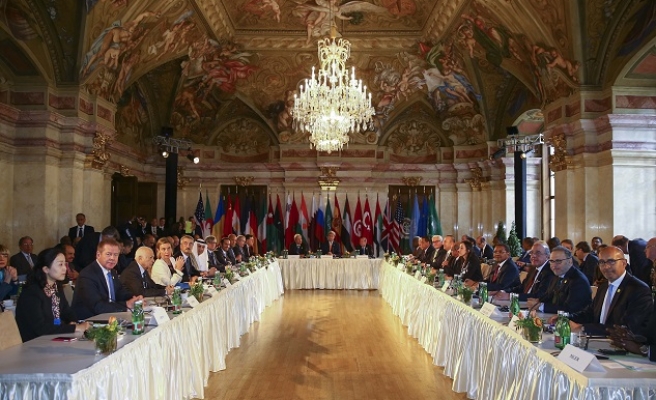 The United States and other world powers said Monday they are ready to supply Libya's UN-backed government with weapons to counter the ISIL and other armed groups gaining footholds in its lawless regions.

The world powers aim to push for exemptions to a UN arms embargo imposed on Libya to keep lethal arms away from the extremists and rival groups vying for power. The U.S., four other permanent UN Security Council members and more than 15 other nations participating at the Vienna talks said they are "ready to respond to the Libyan government's requests for training and equipping" government forces.

"The Government of National Accord has voiced its intention to submit appropriate arms embargo exemption requests to the UN Libya Sanctions Committee to procure necessary lethal arms and materiel to counter UN-designated terrorist groups and to combat ISIL throughout the country," the statement said.

"We will fully support these efforts while continuing to reinforce the UN arms embargo."

The statement was issued at the end of the Libya talks in Vienna. U.S. Secretary of State John Kerry and top officials from more than 20 other nations have been conferring on ways to strengthen Libya's fledgling government. The aim is to give the UN-backed administration more muscle in fighting ISIL.