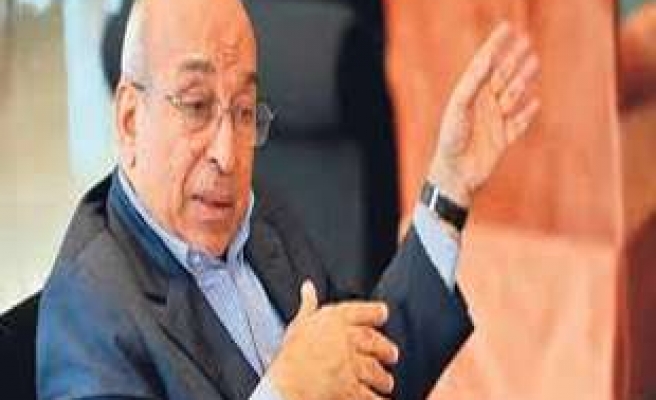 Prominent writer Fahmy Howeidy has urged Egypt's Muslim Brotherhood to swallow the "poison" of a compromise with the military-installed authorities to end the lingering political crisis that gripping the country for the past three months.

The Brotherhood has been locking horns with the army-installed interim government since the ouster of President Mohamed Morsi on July 3.

Hundreds of the Brotherhood leaders and members have been rounded up following a bloody crackdown on Morsi's supporters in August, which left hundreds dead and injured.

Despite all the blows, the Brotherhood has shown no sign of cowing, insisting the military's removal of elected Morsi was simply a military coup.

In an article published in the daily Al-Shorouk on Tuesday, Howeidy cited an 1988 statement by Iran's supreme leader Ayatollah Ruhollah Khomeini when he announced an end to the eight-year war with Iraq after the country's military and political leaders had persuaded him it was "in the interest of the revolution."

"Taking this decision was more deadly to me than taking poison. But I submit myself to the will of God and drink this cup for his satisfaction," Khomeini said in his statement.

Howeidy believes that the Muslim Brotherhood also should pay a similar price.

The Brotherhood "should take the poison for the sake of the nation, despite the hefty price it had paid and the injustice it had suffered, and should end the ongoing conflict with the authorities," said Howeidy, a vocal critic of the military's ouster of Morsi.

Howeidy's article, which still has a sequel next week, has already sent shockwaves through the social media sphere.

His suggestion was widely criticized by the Muslim Brotherhood sympathizers.

The Brotherhood has not made an official response to the proposal yet.

Senior member Hani Al-Deeb, based in London, told Anadolu Agency that the group would wait until the veteran writer finalizes his idea in next week's sequel.

The Brotherhood's opponents, however, welcomed the move, saying it could be the answer to the country's political crisis and, at the same time, a way out for the group from its current dilemma.

"It's late, but it would be like the straw for a drowning man," Hossam Mo'nes, a spokesman for the Popular Current, a main component of the National Salvation Front (NSF), which supported Morsi's ouster, told AA.

"The Brotherhood committed fatal mistakes during their year in power, and now insists to make more mistakes with its stubbornness, which would bring about more losses," he said.

"The public will is currently against the Brotherhood, and it has to realize that," he added.

"The key to the end of the crisis in Egypt is nothing but dialogue and willingness from all sides to make concessions," he told AA.

"Imposing preconditions on one side to relinquish everything is leisure that neither the Brotherhood nor the military can afford," he added.