Andargachew Tsegie, second-in-command of Ginbot 7 opposition movement, was arrested late Monday while on his way to Eritrea. 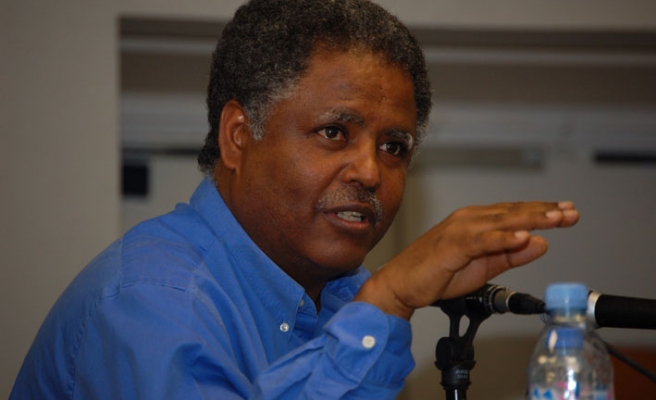 Andargachew Tsegie, second-in-command of Ginbot 7 opposition movement, was arrested late Monday while on his way to Eritrea, the movement said on its official website, according to the Ethiopian Walta information center.

The opposition movement said that efforts with Yemeni authorities to get Andargachew released were fruitless.

It remains unclear why the Ethiopian opposition leader was arrested by Yemeni authorities.

There was no comment from Yemeni or Ethiopian authorities on Andargachew's detention.

Andargachew has been serving as the Secretary General of the organization since it was founded in 2008.

Yemen's abduction of the Ethiopian oposition leader is a clear breach of international laws. Yemen should not be meddling in the Ethiopian internal politics

Please extradite him to Ethiopian authorities as he's working to destabilize Ethiopia. . .and Ginbot 7 is a terrorist group, I suppose.

The next is berehanu nega.

Yemeni officials are making a mistake. This man is a freedom fighter trying to free his country from a brutal murderous dictatorship. Why Yemen wanted to dip its nose in this is bewildering. Release him ASAP. Ethiopian dictators are ruthless killers. Yemen will have blood on its hands if it extradited this man to Ethiopia.

I call my goverment to handover the man to Etopia.

The man holds UK citizenship; why send him to Ethiopian dictatorial regime?The Yemen government is trying to help the Ethiopian genocidal dictatorial group, who are on power through gun not by democracy means.

Andargachew isn't the enemy of Yemen.He is a freedom fighter,so release him as soon as possible.They are tyrants so they killed him.The Yemene president have to know it.So release him From Ethiopia!Long Live Ethiopia Death to z tyrant TPLF.