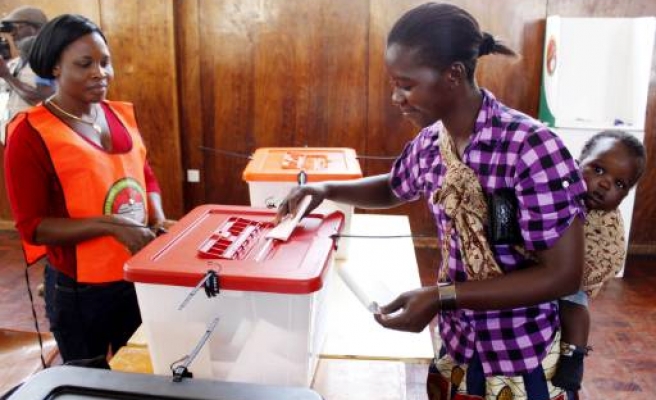 The Electoral Commission of Zambia (ECZ) has urged the government to introduce constitutional amendments granting it the authority to bar political parties and candidates whose supporters are involved in violence from taking part in upcoming elections.

"We were forced to make this request by the increased number of [incidents of] political violence taking place in the recent past. Unless the electoral playing field is leveled, some candidates can have the election jeopardized," ECZ Chairperson Irene Mambilima told journalists in Lusaka.

"It is for this reason why the commission wants more powers to impose more severe sanctions, including excluding political parties with violent supporters, from taking part in the elections," she said.

"If we don't take this action, we risk having a bloody 2016 tripartite elections. You have already witnessed the indicators of what is likely to take place in the election year," Mambilima added.

Mambilima has called for constitutional amendments to raise the number of the country's voting constituencies from 150 to 235, saying the creation of new voter districts had made such changes necessary.

"Prior to 1991 tripartite elections, Zambia had 125 constituencies," she said. "After the boundaries were reviewed, the number rose to 150."

She went on to explain that the ECZ had been tasked with delimiting the boundaries of voter districts at a time when Zambia consisted of only nine provinces. A tenth province was created later, she said, once the delimitation exercise was completed.

"Arising from the submission which was made during the delimitation exercise of 2011, the commission has decided to write to President Michael Sata advising him to consider asking the government to increase the number of constituencies from the current 150 to 235," Mambilima asserted.

Another factor that has contributed to the need to raise the number of constituencies is the increase in the number of voting districts from 74 to 103.

"For this reason, the commission has written to the government advising it to consider revising the number of constituencies upwards in the affected new districts," she said.

According to Mambilima, the ECZ has asked Sata for the authority to sanction errant candidates ahead of 2016 tripartite elections, saying such a move was needed to guarantee a level electoral playing field.