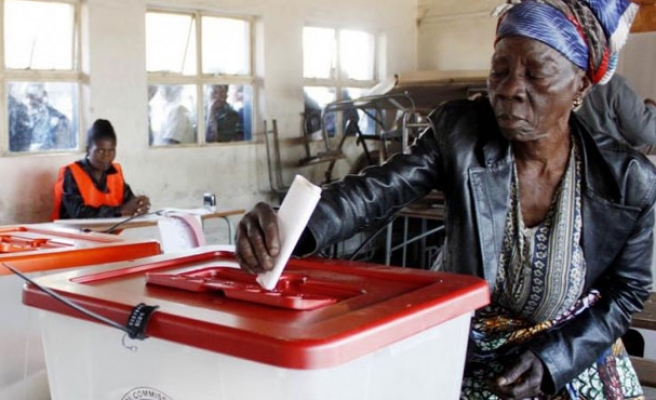 As Zambians face interest rates of up to 40 percent, there are fears the rate hikes could stymie the struggling economy and cast a shadow over forthcoming elections.

This week’s increase from an upper rate of 27.5 percent was condemned by the Private Sector Development Association. Its President Yusuf Dodia said the move would further suffocate businesses that had already been finding it difficult to secure financing.

“With this new development, where banks have started raising the interest rates, the already financially troubled businesses will have to close down,” he told Anadolu Agency. “And when this happens, the economy will dwindle further.”

Zambia, Africa’s second-largest copper producer, is facing inflation approaching 22 percent, according to the Central Statistical Office, and the currency, the kwacha, is recovering from an all-time low late last year.

Previously one of the world’s fastest growing economies, growth is expected to slip to around 3.7 percent this year, Finance Minister Alexander Chikwanda said earlier this week, against a projection of around 7 percent.

The fall in world copper prices has greatly affected the former British colony, with tens of thousands of mine workers laid off over the past year.

Former Finance Minister Katele Kalumba said he expected interest rates to continue going up for as long as the government continued borrowing. “The interest rate will continue to be mobile,” he told Anadolu Agency in a telephone interview. “This is in view of the rise in the cost of funds and the government’s appetite for borrowing on the domestic market.”

Crispin Mphuka, president of the Economic Association of Zambia, suggested continued government borrowing on the domestic market was locking out the private sector.

Meanwhile, farmers are being hit by both high interest rates, the weak kwacha and drought.

Costain Chilala, one of the country’s most successful farmers, told Anadolu Agency: “Struggling livestock farmers will be hardest hit by these conditions. Many of us have already sold off some of our stock and have used up our funds to cover debt. We can no longer afford to sell more stock to account for the high interest rate increase.”

“The issue of high interest rate has double causality which might work to the advantage of the opposition political parties and disadvantage the ruling party in the forthcoming general elections,” University Of Zambia’s Choolwe Beyani said.

He said higher business costs would push up the price of goods and services, which, in turn, would “spur outrage among consumers.”

He added: “In times of election, this does not work to the advantage of the party in power. In the forthcoming elections therefore, the ruling Patriotic Front will have an uphill battle to justify why it should retain power after its government failed to lower the interest rate.”