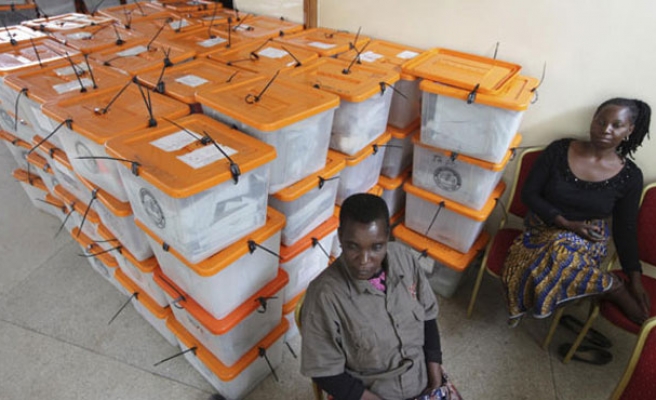 Zambia's main opposition party claimed on Saturday that the results of the country's last week presidential by-elections had been manipulated in favor of the ruling Patriotic Front (PF).

"We are aware that PF candidate Edgar Lungu [incumbent justice and defense minister] will be declared the winner of the election," Hakainde Hichilema of the opposition United Party for National Development (UPND) told a press conference in Lusaka.

"Even if that will be the case, Lungu is not an illegitimate President of this republic of Zambia," he insisted.

Zambians went to the polls on Tuesday to elect a new president following the death late last year of President Michael Sata in London.

The Electoral Commission of Zambia earlier today delayed the winner announcement for a few hours.

Commission Chairperson Irene Mambilima said results from four constituencies where voting took place on Wednesday and Thursday have not arrived yet.

She said voting was extended in the 51 polling stations of the four constituencies beyond the Tuesday voting day due to bad weather which resulted in a delay in delivering election materials to these areas.

The commission has so far received results from a total of 146 constituencies and the difference between the two contenders was only 13,000 votes.

Hichilema insisted that the election has been "stolen" from him and that he would not concede defeat.

"We could have won these elections by 100,000 votes had the election outcome been announced on Jan. 21 as stipulated by the law," he said.

"Unfortunately, that time, some constituencies were still voting contrary to the provision of the law," added the opposition leader.

"It is from these constituencies where the voting continued after the main election period had closed that Lungu got more votes," he claimed.

The opposition leader said his party had requested documents from the election commission to back up the announced results.

The election commission is yet to respond to the opposition's allegations.