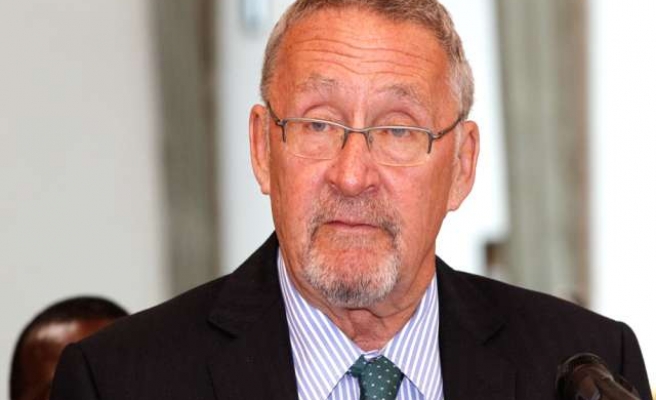 "This decision is the product of wider consultations among party members from… across the country," PF National Chairperson Inonge Wina told reporters.

"If the party waited longer," Wina added, "it would be difficult to come up with a credible candidate who would be widely accepted by the people, including some supporter of the opposition parties."

The meeting, which was chaired by Wina, was attended by 63 PF-affiliated MPs, including government ministers and deputy ministers.

Acting President Guy Scot, who had earlier asked the Central Committee not to convene the meeting to select a presidential nominee, was not in attendance.

Scot had earlier said the choice should be made at a general party conference on November 29.

Wina told reporters, however, that the Central Committee could not wait for the general conference owing to time limitations and financial challenges.

"Given these two important factors, the Central Committee has endorsed the secretary-general [Lungu] as the sole candidate for the forthcoming presidential by-election," she said.

Wina said the decision to endorse Lungu was consistent with the wishes of late President Michael Sata, who had left the reins of power to Lungu when travelling for medical treatment in London, where he eventually died late last month.

She asserted that, while the decision to endorse Lungu was likely to anger some party members, the Central Committee had no option but to take this route because it was the only feasible way for the PF to retain power.

Scot, for his part, criticized the Central Committee's endorsement of Lungu.

"As acting president of the party, I am extremely disappointed by the behavior of the 63 MPs," he told a press conference.

Scot insisted that only the general conference – not the Central Committee – had the power to select a candidate.

"I will act as if nothing has happened today and the general conference planned for November 29 will go ahead," Scot said.

"It is only at this conference that the candidate the party intends to field for the presidential by-elections will be selected," he insisted.

Scot went on to threaten to "take action" against party members, regardless of their party rank.

"It is high time we got rid of lawlessness in the party," he said.

Meanwhile, police clashed with suspected PF cadres at the Cabinet Office, where Scot was holding a press briefing.

Police Inspector-General Stella Libongani warned that officers under her charge would not tolerate lawlessness during the current transitional period.