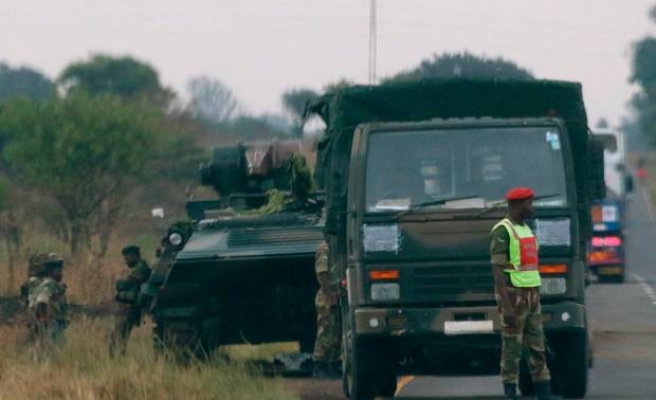 Military officers appeared on television early Wednesday to make a statement saying they were “targeting criminals” around President Robert Mugabe.

Hours earlier, soldiers had seized control of the Zimbabwe Broadcasting Corporation in the capital, Harare.

Spokesman Maj. Gen. Sibusiso Moyo said the military were not taking power and told viewers the president and his family were safe and their security was “guaranteed”.

“As soon as we have accomplished our mission we expect that the situation will return to normalcy,” he said, adding: “We wish to make this abundantly clear this is not a military takeover of government.”

Referring to Mugabe, who has held power since 1980, he said: “We are only targeting criminals around him who are committing crimes that are causing social and economic suffering in the country in order to bring them to justice.”

On Tuesday evening, rumors of a coup or military show of force circulated as tanks and armored vehicles were seen heading towards Harare.

As well as the TV station, the military also sealed off the presidential offices with tanks.