Save Conservancy is a major attraction for tourists and hunters and is co-owned by foreigners, local whites and black Zimbabweans. 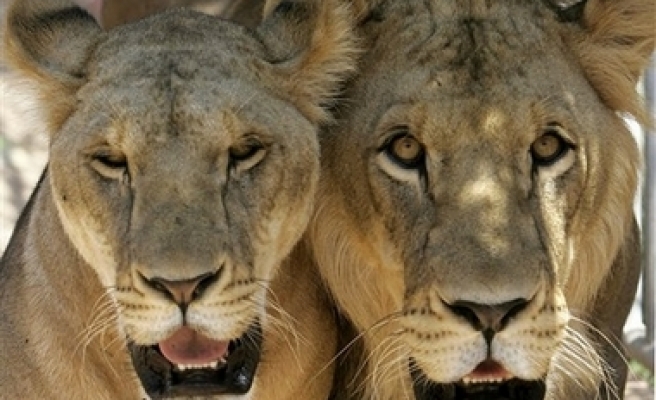 The Zimbabwean government has decided to "indigenize" the Save Conservancy, widely regarded as the world's largest private nature preserve, two years after the multi-million dollar wildlife sanctuary – in which many E.U. nationals have business interests – was invaded by top ruling party officials.

"Indigenization is going ahead," Saviour Kasukuwere, Zimbabwe's minister for environment, water and climate, confirmed in a phone interview with Anadolu Agency.

"The ongoing discussions are basically about the inclusion of the rural communities who live in the areas surrounding the conservancy," he said.

Save Conservancy is a major attraction for tourists and professional hunters, especially from western countries, who pay thousands of dollars for the chance to see – or hunt – the wild animals living there.

Located in central Zimbabwe's arid Masvingo province, the preserve covers an area of some 3400 square kilometers.

The conservancy was founded in 1991. It is co-owned by groups of foreign and local whites, as well as black Zimbabweans who regulate the hunting and protect endangered wildlife such as elephants, rhinos and buffalo.

Since its establishment, the conservancy has been managed in partnership with Zimbabwe's state-run Agriculture and Rural Development Authority.

"We want to develop the conservancies into first-world facilities that the whole world can enjoy," said Minister Kasukuwere.

He added that, apart from economically empowering black Zimbabweans, involving them in the park's operations would also boost wildlife conservation efforts, as they would have an incentive to protect animals rather than hunt them.

The minister stressed that only those properties owned by white Zimbabweans would be affected by the indigenization policy, which seeks to grant black Zimbabweans a minimum 51-percent stake in the conservancy.

"Foreign-owned properties will not be affected as they are protected under investment laws, but those [properties] of local whites will be," he said.

Property held by foreigners is protected from appropriation by the state under the Bilateral Investment Promotion and Protection Agreements (BIPPAs) signed by Zimbabwe and various E.U. governments.

The government, however, has been criticized locally and internationally for appropriating land and giving it to party leaders and loyalists.

As a result, the E.U. imposed "restrictive measures" on Zimbabwe, banned Mugabe and ruling party officials from travelling to E.U. member states, froze their assets, and banned European firms from doing business with companies linked to the Zimbabwean government.

Wilfried Pabst, a German investor who is also vice-chairman of the conservancy, confirmed that the managers of the nature preserve were currently engaged in negotiations with Minister Kasukuwere over application of the indigenization policy.

But he bemoaned the slow pace of the talks, saying they were negatively impacting business – especially that of white Zimbabweans, whose properties are the subject of the negotiations.

"The pace of talks is far too slow. As a result, we've been forced to cancel safari tours until the issue is resolved," Pabst said.

"Foreign-owned businesses are protected," the German investor explained. "But we're talking about safari operators who are white Zimbabweans who are being forced to turn away foreign visitors who want to hunt animals because they cannot be given hunting licenses until the issue is resolved."

He noted that Germany and the E.U. were both helping capacitate the country's national parks with a view to bolstering conservation efforts.

In commenting on the issue, E.U. Ambassador to Zimbabwe Aldo Del Ariccia was terse: "The Save Conservancy issue is a very long story, still far from being solved," he told AA.

There has been an ongoing standoff between the government and property owners in the conservancy since 2012, when certain senior officials of the ruling Zimbabwe African National Union-Patriotic Front (ZANU-PF) invaded the preserve, took over some properties, and poached endangered species.

At the time, President Mugabe condemned the invasion, describing the intruding party officials as "greedy" – but they nevertheless remain on the property to this day.

These top party and government officials had included then Higher Education Minister Stan Mudenge (who died last year) and former deputy minister Shuvai Mahofa, who managed to grab property in what was termed the "Wild life-based Land Reform."

Mudenge was given a lease on the 16,507-hectare Senuko 2 Ranch; Mahofa the 5526-hectare Savuli Ranch. Former Masvingo governor Titus Maluleke, meanwhile, got the 3388-hectare Hammond Ranch.

MPs Ronald Ndava and Ailess Baloyi, for their part, got the 11,736-hectare Bedford Ranch and the 6886-hectare Humani Ranch, respectively.

Tourism Minister Walter Mzembi, who had been a vocal critic of the 2012 invasion of Save Conservancy by ZANU-PF officials, declined to comment on the issue.