After this week's sacking of vice-president Joice Mujuru, who only three months ago was favourite to succeed him, Mugabe said he needed more time to vet candidates for the Politburo 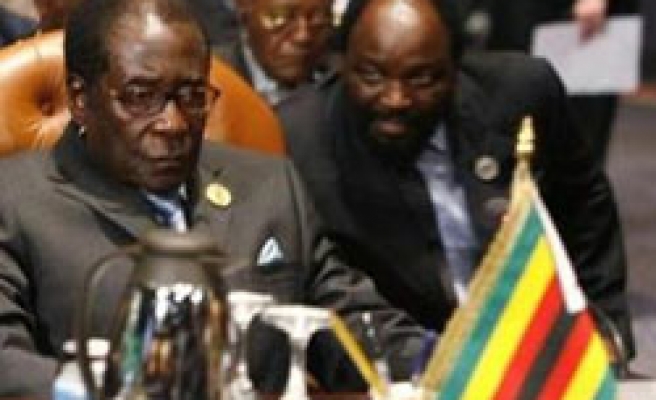 Ninety-year-old Zimbabwean President Robert Mugabe promoted his wife to the top ranks of his ZANU-PF party on Saturday but delayed filling vacant senior posts, prolonging anxiety over his lack of successor.

Africa's oldest head of state and the only leader Zimbabwe has known since independence from Britain in 1980 was elected unopposed at the five-yearly ZANU-PF meeting, putting him on track to contest the 2018 presidential elections, when he will be 94.

After this week's sacking of vice-president Joice Mujuru, who only three months ago was favourite to succeed him, Mugabe said he needed more time to vet candidates for the Politburo, the party's top decision-making body, and the two deputy posts.

"I don't want to rush it, so be patient. By mid next week, by Wednesday or Thursday, we will make an announcement," he told some 12,000 party members crammed into a vast marquee erected on a dusty parade ground in central Harare.

His wife, Grace, has acceded to the top of the powerful Women's League, capping a meteoric three-month political rise based in part on her vitriolic public attacks on Mujuru.

At the start of the three day congress, Mugabe accused Mujuru of leading a 'treacherous cabal' trying to end his 34-year grip on power, effectively crushing any immediate political ambitions she may have harboured.

Mujuru did not attend any part of the congress, choosing instead to watch proceedings on television at her Harare home, according to a source close to her.

Most analysts say her absence has cleared the way for justice minister Emmerson Mnangagwa, a hardline Mugabe loyalist known as 'The Crocodile', to position himself to take over when Mugabe finally succumbs to mortality.

However, Mnangagwa refused to be drawn on his prospects.

"Until Thursday," he told Reuters at the end of Mugabe's closing congress address. "It is unfinished work."

In the interim, the nation of 13 million people will have no designated successor, a recipe for serious political instability should Mugabe be incapacitated or worse.

"He wants to convey the message that all now resides with him," said Eldred Masunungure, a political science professor at the University of Zimbabwe. "But it's basically a bad way of running a country or a governing party."

The only other sworn-in senior member of ZANU-PF is his wife. Analysts say that without the protective aegis of her husband, the 49-year-old one-time government typist does not enjoy popular support in the party, having played no part in the 1970s liberation struggle against white colonial rule.

The inconclusive outcome to congress has only added to the political uncertainty in a country grappling with the after-effects of an economic meltdown that critics blame on decades of mismanagement by Mugabe.

His controversial policies, including the seizure of white-owned commercial farms for landless blacks, have alienated Western donors and governments, who also accuse the veteran leader of rigging elections since 2000 to stay in power.