Many believe Mugabe sided with his wife against vice president Mujuru 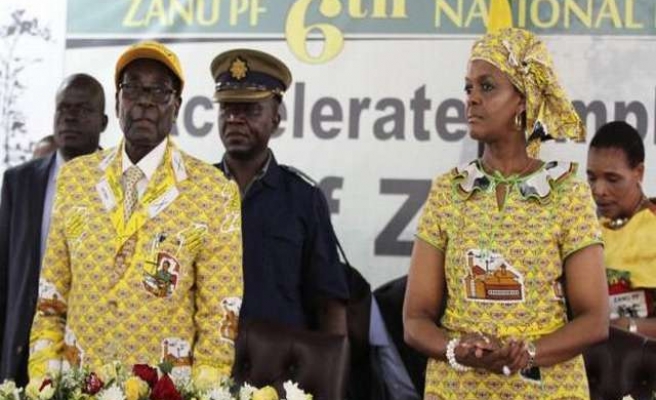 Many believe Zimbabwe's political crisis – which saw President Robert Mugabe sack, for the first time since independence, a serving vice-president – is actually a battle between two women over who succeeds the aging leader.

The past two months have brought excitement to Zimbabwe's political stage, with First Lady Grace Mugabe going all out to attack her husband's deputy, Joyce Mujuru.

Grace accused Mujuru – who clinched the coveted vice-president post in 2004 and has recently been seen as a possible successor to the 90-year-old president – of corruption, extortion and plotting to assassinate her husband.

Sharp-tongued Grace has described Mujuru as "corrupt, an extortionist, incompetent, a gossip, a liar and ungrateful."

She has also called the serving vice-president "power-hungry, daft, foolish, divisive and a disgrace."

Siding with his wife, the Zimbabwean leader jumped on the accusations bandwagon one week later, dismissing Mujuru and eight allied cabinet ministers.

"It had become evident that her conduct in the discharge of her duties had become inconsistent with expected standards, exhibiting conflict between official responsibilities and private interests," the presidency declared in a statement.

The move, the first time a serving vice-president has been removed since Zimbabwe won independence from Britain in 1980, came only one week after Mugabe had edged Mujuru out of the ruling ZANU-PF party's powerful central committee.

Some analysts have described the entire episode as a tale of two women fighting to control one man.

"In a way, Grace Mugabe, who is much closer to the president, was simply stamping her authority over her husband," political analyst Alexander Rusero told The Anadolu Agency.

"That is why you saw all the provincial chairpersons [of the ruling party] who were aligned to Mujuru falling by the wayside," he noted.

Up until Grace's entry into politics five months ago, Mujuru, a 59-year-old independence fighter, had been set to take over from Mugabe.

She had served as the youngest minister in the first Zimbabwean government formed after independence.

She then served in different cabinet portfolios before being named vice-president in 2004.

They had two children out of wedlock.

They married in 1996 after the death of Mugabe's first wife, Sally Hayfron, and soon after had their third child.

Grace has been nicknamed "DisGrace" and the "First Shopper," among other unflattering sobriquets, due to her extravagant lifestyle.

She was elected head of the ruling party's women's wing in the same party congress that saw Mujuru booted from the party's central committee.

Grace, known for her sharp tongue, is now seen as the most likely successor to her aging husband, who will turn 91 next year and who has ruled Zimbabwe since its independence in 1980.

"They say I want to be president. Why not? Am I not a Zimbabwean?" the first lady asked rhetorically at one recent rally.