Zimbabwe's vice-president hits back at criticism in media

Mujuru said the charges against her in state media were "malicious, defamatory and irresponsible" and said her lawyers would take steps to restore her reputation. 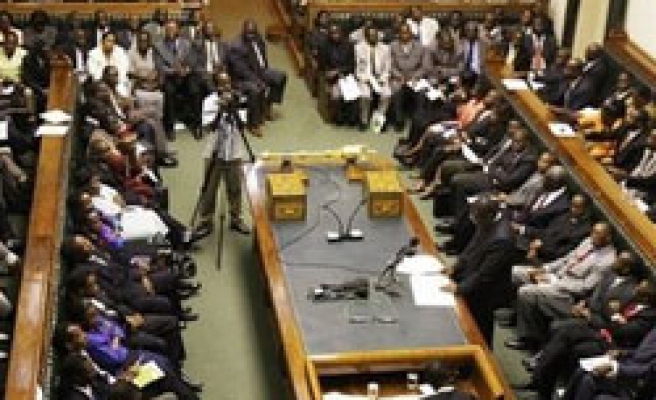 Zimbabwe's vice president Joice Mujuru hit back at charges of plotting to challenge President Robert Mugabe and said calls for her to resign were unconstitutional, her first public response to weeks of attacks by state-owned media.

Mujuru, vice president in government and of Mugabe's ZANU-PF party since 2004, was until last month seen as a leading contender to succeed the 90-year-old leader, but Mugabe's wife Grace and state media have accused her of treason, graft and plotting to oust the president.

State-owned newspapers are often used by ZANU-PF and government to attack foes, but targeting a sitting vice president is unprecedented.

Her decision to respond came after the government-owned Sunday Mail reported that she was linked to a plot to overthrow Mugabe.

In a statement dated Nov. 16 and published in two privately owned newspapers, NewsDay and the Daily News, Mujuru denied the allegation.

"The Sunday Mail newspaper, in its banner headline accused me of treason. I am being involved in an attempt to overthrow the legitimate Zimbabwean government led by His Excellency, the President and First Secretary of ZANU-PF ...R.G. Mugabe. This allegation is wholly untrue and cannot go unchallenged, in the national interest," Mujuru said.

A former guerrilla known as "Spill Blood", Mujuru said the charges against her in state media were "malicious, defamatory and irresponsible" and said her lawyers would take steps to restore her reputation.

"While I believe that 'silence is golden', in the face of such unprecedented, systematic and coordinated attacks on a serving vice president ... I have been obliged to make this statement," the 59-year-old said.

Mujuru's political problems have coincided with Grace Mugabe's rise to the top ranks of ZANU-PF, which has raised suspicion Mugabe could be grooming his wife to eventually take over from him.

Mujuru's position has also been weakened in the last week when ZANU-PF suspended several officials aligned to Mujuru, claiming they were plotting against the president.

Mugabe has ruled the southern African country since independence from Britain in 1980. He won another five-year term last year in a vote condemned by the opposition as a fraud and questioned by Western governments.

The aging leader is eligible for a final term in 2018 but constant rumours about failing health have fanned an often vicious battle to succeed him within ZANU-PF.