Following the release of the film American Sniper in theaters across the US, the American-Arab Anti-Discrimination Committee (ADC) has warned of a “significant rise in violent hate rhetoric targeting the Arab and Muslim-American communities.” 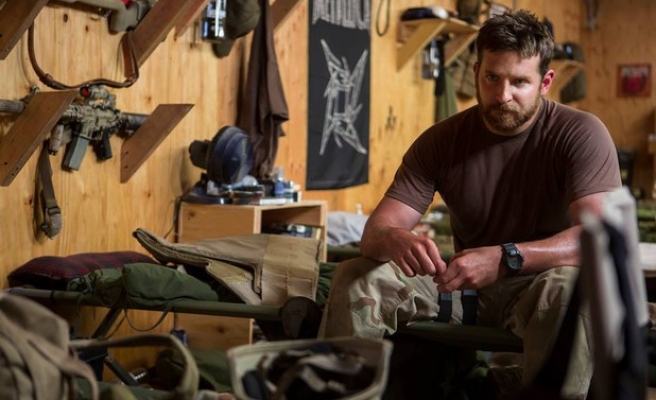 The American-Arab Anti-Discrimination Committee (ADC) said in a letter to Eastwood and Cooper that its members had become targets of "violent threats" since early last week, days before "American Sniper" went into general release.

The civil rights organization notes that moviegoers taking to social media to express their desire to murder Arabs and Muslims after leaving the theater.

The film is nominated for six Academy Awards, including best picture, and is a box office hit.

The ADC said it was working with the Federal Bureau of Investigation and police to assess the threats. The letter said that Eastwood and Cooper, the film's producer and star, could add credibility to the ADC's message of tolerance.

The film tells the story of Chris Kyle, a Navy SEAL who was a sniper in Iraq. Kyle had 160 kills in Iraq, a count that is considered the highest in U.S. military history. Many believe that the film sanitizes the depiction of Kyle, who called Muslims "savages" in his memoir, and that the film glorifies war.

“Savage, despicable evil. That’s what we were fighting in Iraq,” Kyle writes in his book.

Kyle goes on to confess, “I don’t shoot people with Korans – I’d like to, but I don’t.”

In stark contrast, Hollywood sanitizes Kyle, humanizing him as a complex, likable and anguished hero.

Under the threatening circumstances, the American-Arab Anti-Discrimination Committee is encouraging Arab, Muslim, South Asian and Sikh-American communities to be on alert and report any hate crimes to the authorities. More than 100 have been collected, all on social media.

"Nice to see a movie where the Arabs are portrayed for who they really are - vermin scum intent on destroying us," said one Twitter post collected by the ADC.

"It is our opinion that you could play a significant role in assisting us in alleviating the danger we are facing," the letter, dated Jan. 21, said. A copy was provided to Reuters on Saturday.

Kyle was killed by a disgruntled U.S. veteran at a gun range near his Texas home in early 2013.

ADC President Samer Khalaf said on Saturday that it did not make sense to call for a boycott of the film because of its success at the box office.

"People are going to see the movie. If we boycott it, it will only cause people to want to see it more," he said.

Khalaf said public statements from Eastwood and Cooper, as well as calming tensions, would send a message that "Arabs are Americans and Muslims are Americans."

He said he has not received a response from Eastwood or Cooper.

Spokesmen for Eastwood and Cooper had no immediate response to requests for comment.