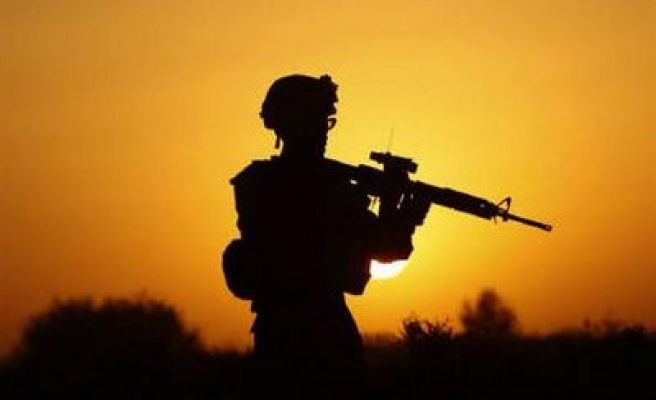 Officials from Afghanistan and the United States on Tuesday signed a long-delayed security agreement to allow American troops to stay in the country after the end of the year, fulfilling a campaign promise by new President Ashraf Ghani.

National security adviser Hanif Atmar and U.S. Ambassador James Cunningham signed the bilateral security agreement in a televised ceremony at the presidential palace, one day after Ghani was inaugurated.

Ghani's predecessor, Hamid Karzai, had long refused to agree to the deal, souring his ties with the United States.

Under the terms of agreement, about 12,000 foreign troops are expected to stay to train and assist Afghan security forces after the U.S.-led military mission formally ends its combat mission at the end of 2014.

Ghani was inaugurated on Monday and did not refer explicitly to the security pact with the United States in a speech after he was sworn in, but he spoke of the need to improve relations with Western allies.

He also called on the Taliban and their militant allies to join peace talks.

"Security is a main demand of our people, and we are tired of this war," Ghani said.

The Taliban have denounced the pact with the United States and repeated that on Tuesday, calling it a "sinister" plot by the United States to control Afghanistan and restore its international credibility as a military super power.

"Under the name of the security agreement, today Americans want to prepare themselves for another non-obvious and very dangerous fight," the Taliban said in a statement emailed to the media.

"With their bulk of artifices and deceptions they want to hoodwink the people. They think that the Afghan people do not know about their conspiracies and their sinister goals."