Ahead of speech, Obama briefs Congress on ISIL strategy

He has the option of ordering airstrikes on an expanded list of targets within Iraq and has been considering strikes in Syria as well, on condition that moderate rebels be in a position to hold territory 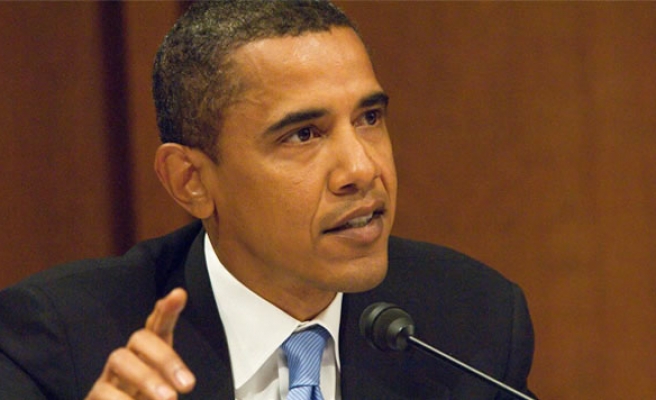 President Barack Obama told leaders of Congress on Tuesday that he did not need for them to authorize his strategy to fight ISIL, ahead of a speech to Americans that may herald expanded operations against the group in Iraq and perhaps Syria.

Obama's White House speech at 9 p.m. ET on Wednesday (0100 GMT on Thursday) will be his most significant effort to outline a strategy against the group.

Obama met Harry Reid and Nancy Pelosi, the top Democrats in the U.S. Senate and House of Representatives, and Republican counterparts Mitch McConnell and John Boehner, to discuss the next phase of his campaign.

"The president told the leaders that he has the authority he needs to take action against ISIL in accordance with the mission he will lay out in his address tomorrow night," the White House said in a statement, using an acronym for ISIL.

The 1973 War Powers Resolution requires that the president consult Congress before introducing U.S. armed forces into hostilities but allows them to remain for 60 days before he has to obtain Congress' approval for action.

Elected in 2008 on a promise to get U.S. troops out of Iraq, Obama has been limiting military operations to protecting minority Iraqi Yazidis and attacking ISIL positions near the Kurdish capital Arbil and around the Mosul and Haditha dams.

He has the option of ordering airstrikes on an expanded list of targets within Iraq and has been considering strikes in Syria as well, on condition that moderate rebels be in a position to hold territory cleared of ISIL fighters by the strikes.

Obama said in an interview with NBC broadcast on Sunday that the United States would hit the militant leaders wherever it could.

A Washington Post-ABC News opinion poll on Tuesday said 71 percent of Americans support airstrikes in Iraq and 65 percent support using them in Syria. It found Obama's approval rating was at near-record lows, with only 43 percent saying he is a strong leader.

Policymakers in recent weeks have called ISIL a threat to the U.S. homeland out of concern that foreign fighters who have sworn allegiance to the group, including some Americans, could return home to attack civilians.

In the White House meeting, Speaker of the House Boehner expressed support for options Obama has proposed including "increasing the effectiveness of the Iraqi Security Forces" and equipping some groups in the Syrian opposition, an aide said.

"The Speaker made it clear that ISIL is preparing to fight us, and that as we learned in Syria, the longer we wait, the more difficult our choices become," the aide said.

Obama will pledge that large numbers of U.S. ground forces will not be deployed. The United States has more than 800 military personnel in Iraq to provide protection for American embassy personnel and serve as forward spotters for airstrikes.

Obama ran for president by declaring he would end the Iraq war begun by President George W. Bush and the last combat troops were pulled out in 2011.

Obama is tying deeper U.S. military involvement to creating an international coalition so that the United States does not act alone.

Obama has been harshly criticized by Republicans and even some Democrats for what they call a tentative response to the ISIL challenge. In late August he said "we don't have a strategy yet" for tackling ISIL in Syria.