Authorities began searching for the tanker, a two-engine Grumman S-2T, after it lost radio contact with spotter planes that had been flying with it 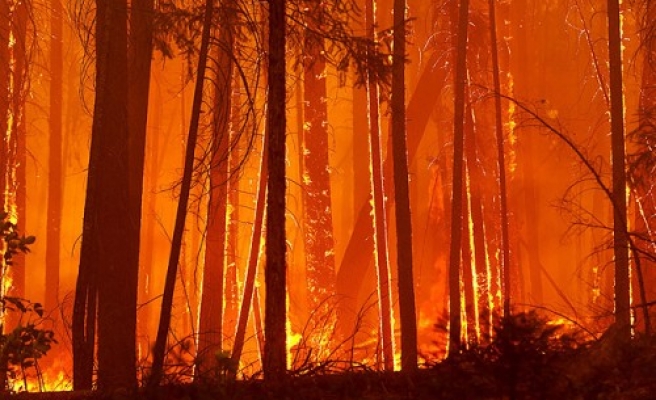 An air tanker plane being used to fight a wildfire in Yosemite National Park crashed in flames on Tuesday, killing the pilot, officials for the park and the California Department of Forestry and Fire Protection said.

Emergency workers reached the crash site near the so-called Dog Rock Fire on Tuesday evening and determined that the pilot, who has not been identified, had been killed, Cal Fire said in a statement.

Witnesses saw the plane slam into the wall of a cliff above Highway 140 near the Arch Rock entrance to Yosemite on the western edge of the park, "and yes, there was a lot of fire," park spokeswoman Kari Cobb told Reuters by telephone.

She said crews were just reaching the site of the wreckage several hours after the accident. There was no word on what caused the crash.

Cal Fire spokeswoman Alyssa Smith said the pilot was the only person on board at the time of the crash.

Authorities began searching for the tanker, a two-engine Grumman S-2T, after it lost radio contact with spotter planes that had been flying with it, Cal Fire spokeswoman Lynne Tolmachoff said.

The Dog Rock Fire, which erupted at about 2:45 p.m. local time near Arch Rock, prompted the evacuation of about 60 homes in the nearby community of Foresta and the closure of the Highway 140 entrance into the park, Cobb said.

State officials have said this year's California fire season, which traditionally runs from May to October, was on track to be the most destructive on record, intensified at least in part by record drought.

Cal Fire has responded to more than 5,150 wildfires already, and typically the largest blazes occur in October. The Dog Rock fire marks the third major fire to erupt in Yosemite this year, Cobb said.

The accident came about two years after an air tanker plane crashed on a forested mountainside in southwestern Utah in June 2012 while on a mission to drop chemical fire retardant on an 8,000-acre (3,238-hectare) blaze near the Nevada border.

Two crew members from Idaho were killed in that crash.